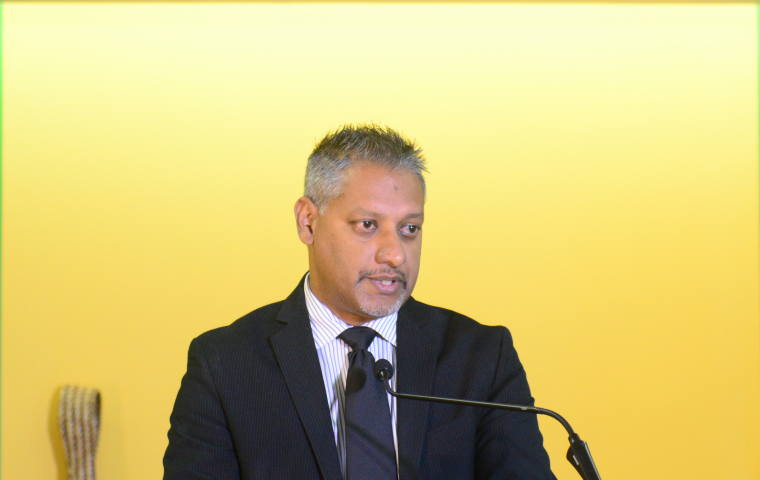 After the President, Her Excellency Paula-Mae Weekes’ assent of the recently passed Finance Act 2018, wildlife poachers will, from January 1st, 2019, face fines which are as much as 50 times the current paltry fines. This as a result of changes to certain sections of the Conservation of Wildlife Act (COWA), Chap. 67:01, paving the way for an increase in fines payable for offences under the Act, including an increase in the limit of the Agriculture Minister to prescribe fines under its Regulations, from a maximum of $200 to $10,000!

The action follows the passing of the Finance Bill, 2018, in the House of Representatives on Wednesday 12th December, 2018 and the Senate on Tuesday 18th December, 2018, as legislators sought to effect provisions of a fiscal nature. The specific amendment to the
COWA – which contain a series of offences covering the licence requirements and restrictions on the times for hunting, conditions and the location of hunting activities, when permitted – is summarized in the table below (along with the applicable fines/limits) which
come into effect on January 1, 2019:-

Prior to Cabinet’s approval of the aforementioned amendment (October 18, 2018), Trinidad and Tobago acceded to the Convention on the Conservation of Migratory Species (CMS) of Wild Animals which became applicable on December 1, 2018. This environmental treaty
– under the ambit of the United Nations Environmental Programme (UNEP) – is the only global convention specializing in the conservation of migratory species, their habitats and migration routes and is yet another step being taken by the Government of the Republic of
Trinidad and Tobago (GoRTT), to expand its work on the conservation of wild life and in particular, those migratory birds that come to our country annually during the North American winter season.

Following an unprecedented and candid, half-day meeting held on November 25, 2015, comprising some 75 persons from 20 different entities – each with a vested interest in hunting in T&T – Senator the Honourable Clarence Rambharat, Minister of Agriculture, Land and Fisheries, appointed a Steering Committee (for a period of 6 months) in order to treat substantially with the many recommendations which emanated from said meeting.

This followed a series of public consultations on wildlife conservation in which a report containing further recommendations – were proposed for the consideration of the GoRTT. To this end, the GoRTT agreed on September 01, 2016, to amend the COWA Regulations, to
better manage our local hunting system – post October 01, 2016 – within the confines of the authority of the Minister under Section 24 (1) and in accordance with the provisions of the COWA. This amendment included, inter alia: an increase in the cost of state game licences from $20.00 to a cost of $100.00 each; the hunting of only those species of waterfowl and cage birds which can be sustainably hunted; offering protection to ecologically important species and; regulating hunting for those requiring further management measures.

Following the deliberations of the Wild Life Conservation Committee – appointed by Cabinet in October 2016 – the recommendation for the increase in fines for offences under the COWA was proposed as an urgent measure. Such recommendation was consistent with the
sentiments expressed by the majority of those attending the various public consultations hosted by the Steering Committee.

It should be noted that while stringent fines (i.e. $100,000) have been attached to those Environmentally Sensitive Species (ESS) – among which now includes one of our nation’s National Birds (Scarlet Ibis) – there is a need for the increase in fines for the illegal capture of other species of wildlife which have not been declared an ESS, in order to demonstrate: the severity of such an offence; the potential impact of that illegal activity on conservation efforts and the clear intention of the GoRTT, to provide a deterrent for such behaviour.

In particular, the Ministry of Agriculture, Land and Fisheries has noted, with concern, reports of illegal hunting and consumption of protected species, including the treasured Red Howler Monkey and the Lesser Anteater (locally known as the Tamandua) as well as the upsurge of smuggled wildlife – whether live and dead – from both Venezuela and Guyana. These and other indiscretions, must be met with the appropriate legislative action to increase: fines, surveillance and co-operation amongst the Ministries of Agriculture, Land and Fisheries;
National Security; and Health, especially as there is a real threat of the introduction of zoonotic diseases.

Minister Rambharat remains committed in his resolve to monitor the activities, both during the hunting and closed seasons, so as to determine what further actions are required to strike the balance between hunting in the open season as well as the need for the sustainable management of wild life resources and public safety issues.