Silver Award for T&T at International Horticultural Exhibition in China 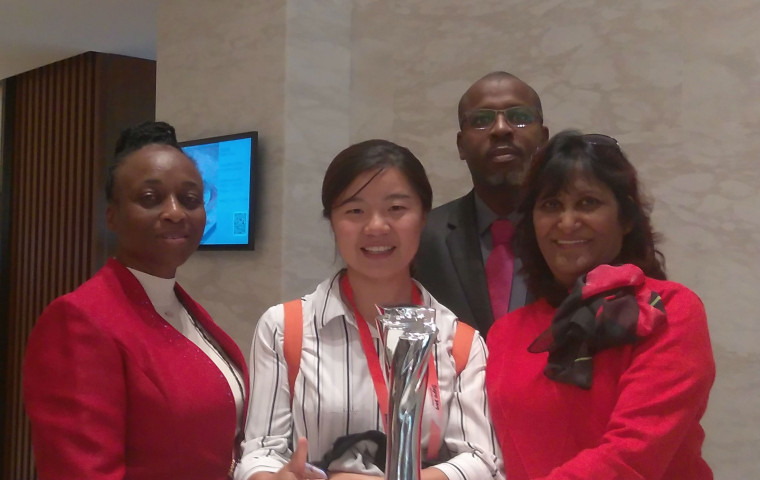 Silver Award for T&T at
International Horticultural Exhibition in China

November 26, 2019: Trinidad and Tobago was the recipient of a Silver Award for the Caribbean Pavilion’s Outdoor Garden at the recently-concluded International Horticultural Exhibition in Beijing, China. Receiving the award on behalf of Trinidad and Tobago at the Gala Award Ceremony on October 8th, 2019, was Agricultural Officer I in the Ministry of Agriculture, Land and Fisheries, Ms. Rebecca Roberts-Bain. She was accompanied by her husband, Mr. Augustus Bain and local florist/avid horticulturist, Ms. Joan Hampton.

Describing the moment as a proud one, Ms. Bain said that this country’s participation at the event generated meaningful dialogue with Chinese nationals and other participating countries in relation to T&T’s cultural and infrastructural environment. She noted that the event was particularly beneficial, as it opened avenues for trade, investment, tourism; by extension, it has also created opportunities for local entrepreneurs and persons in the creative industries.

Under the Theme, ‘Live Green, Live Better’, the exhibition which was held from 29th April to 7th October 2019, spanned more than 500 hectares. There were over 110 participating countries and organisations, over 8,000 varieties of plants,’ fourteen (14), different garden styles created by top designers from around the world and was attended by more than 9.4 million visitors over the162-day duration. 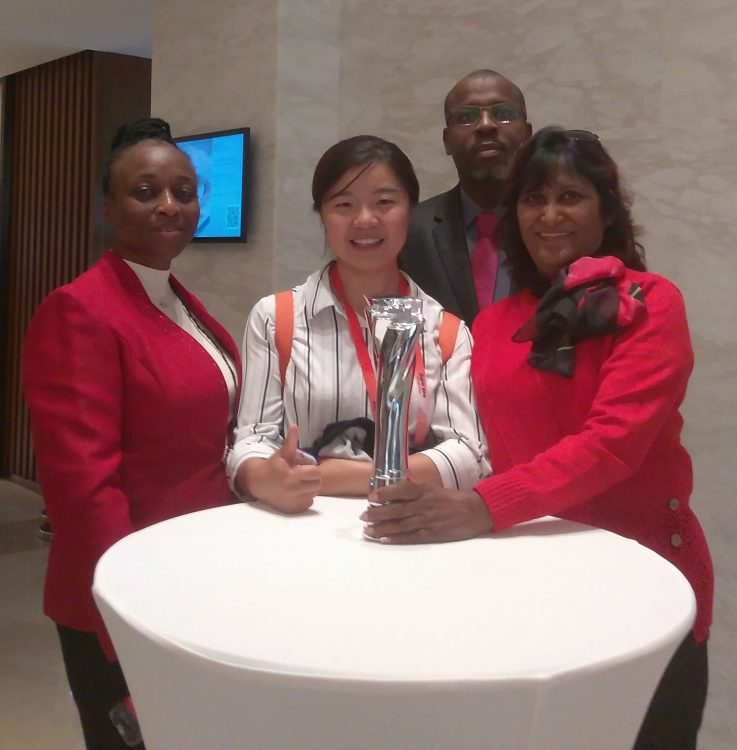 HORT 1: Agricultural Officer I in the Ministry of Agriculture, Land and Fisheries, Ms. Rebecca Roberts-Bain (left), local florist and horticulturist, Ms. Joan Hampton (right), Ms. Felicia Feng (second from left) of Beijing and Mr. Augustus Bain (second from right), strike a pose with the Silver Award which was presented to Trinidad and Tobago at the recently-concluded International Horticultural Exhibition in Beijing, China. 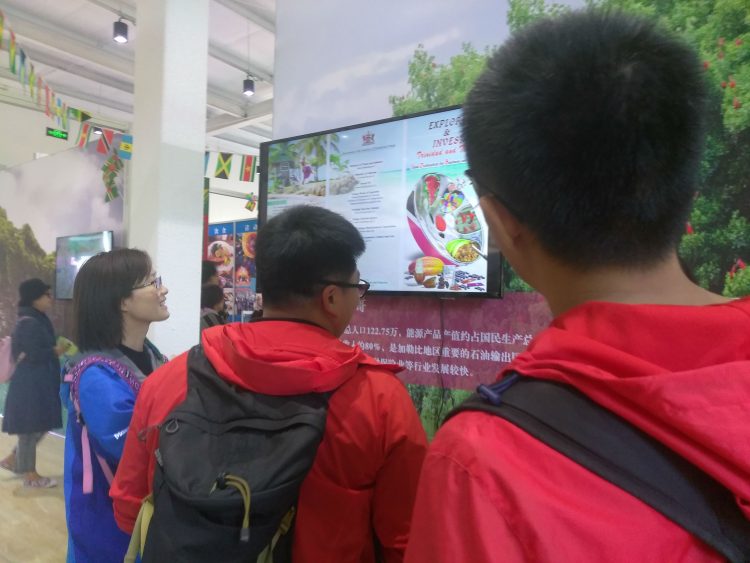