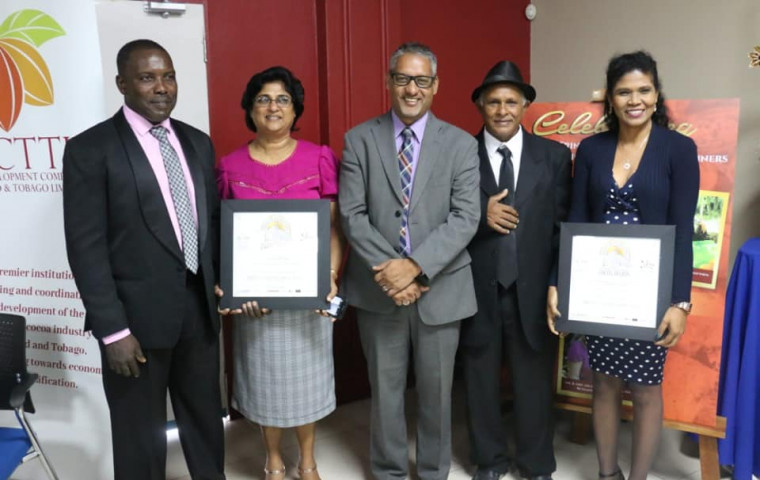 December 12, 2019:- While the cocoa sector represented a model for the transformation of agriculture in Trinidad and Tobago; the failure of its practitioners to secure adequate investment and move from primary production to the realms of agro-processing, packaging and branding, remained a major challenge for the industry, so said the Minister of Agriculture, Land and Fisheries, Senator the Honourable Clarence Rambharat.

The Agriculture Minister made these remarks as he addressed Stakeholders at the launch of the Cocoa Industry Multi-Stakeholder Dialogue Platform at the CARIRI Centre for Enterprise Development in Freeport on Wednesday 11th December 2019. The event was hosted by the Cocoa Development Company of Trinidad and Tobago Limited (CDCTTL) in collaboration with the Inter-American Institute for Co-operation on Agriculture (IICA).

He added that the biggest issue with cocoa in T&T now is this issue with capital, because our fine flavour cocoa status was neither an easy nor permanent achievement, but one which involved an ongoing and evolving process. He said: “To lift the sector we must have an infusion of capital and we must have people who are interested in investing in the development of the sector.” This support according to Minister Rambharat,   extends to individuals who in their routine grocery shopping have made a conscientious decision to support what is grown and produced here.

The Minister also made an analogy from an agricultural perspective when he compared the challenges faced by the cocoa industry to the emergence of a looming cannabis industry in Trinidad and Tobago. He said, like cocoa, it will also require the infusion of investment capital, technology; the necessary research into the breeding of varieties, optimal market access and opportunities for agro-processing. This activity he pronounced, requires a considerable amount of local support and investment capital. Such a challenge has always plagued this country, as it does not have a history of being able to commercialize primary agricultural production.

As part of the event’s proceedings awards were presented to outstanding local cocoa farmers who distinguished themselves on the world stage at the 2019 International Cocoa Awards. Amongst them were the Top 20 recipients, Martin and Jacqueline Matthew of Tamana and; Leroy and Geeta Peters of Grande Riviere; in addition to the Top 50 recipients, Michael and Jacinta Milne of Talparo.

Also in attendance at the Multi-Stakeholder Dialogue Platform were the Permanent Secretary (Ag.) in the Ministry of Agriculture, Land and Fisheries (MALF), Ms. Susan Shurland and the Acting Director, Research Division (MALF), Ms. Albada Beekham. 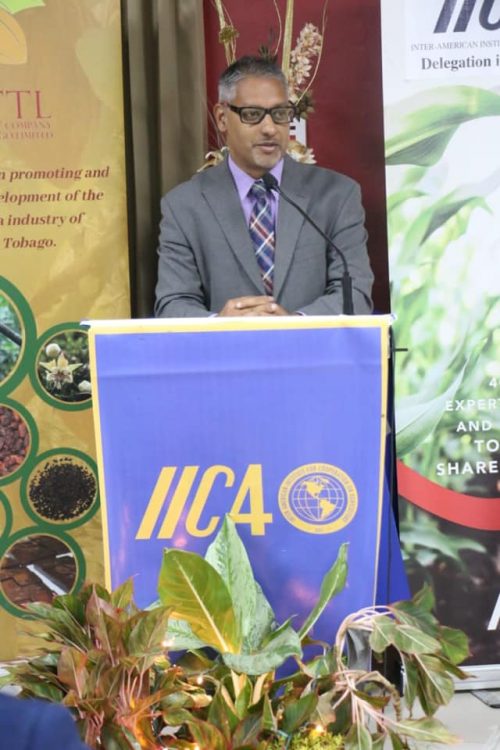 Senator the Honourable Clarence Rambharat, Minister of Agriculture, Land and Fisheries delivers the feature address at the launch of the Cocoa Industry Multi-Stakeholder Dialogue Platform in Freeport on Wednesday 11th December 2019. 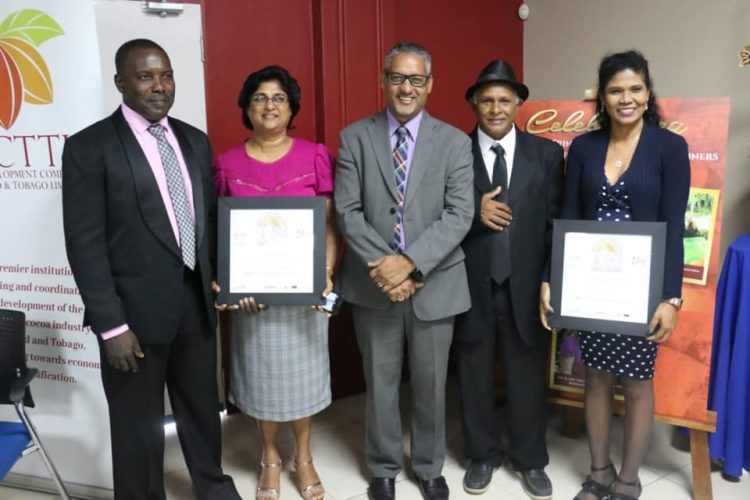 Senator the Honourable Clarence Rambharat, Minister of Agriculture, Land and Fisheries presents local farmers with awards for their Top 50 Acheivement at the 2019 International Cocoa Awards. The presentation took place at the launch of the Cocoa Industry Multi-Stakeholder Dialogue Platform in Freeport on Wednesday 11th December 2019.