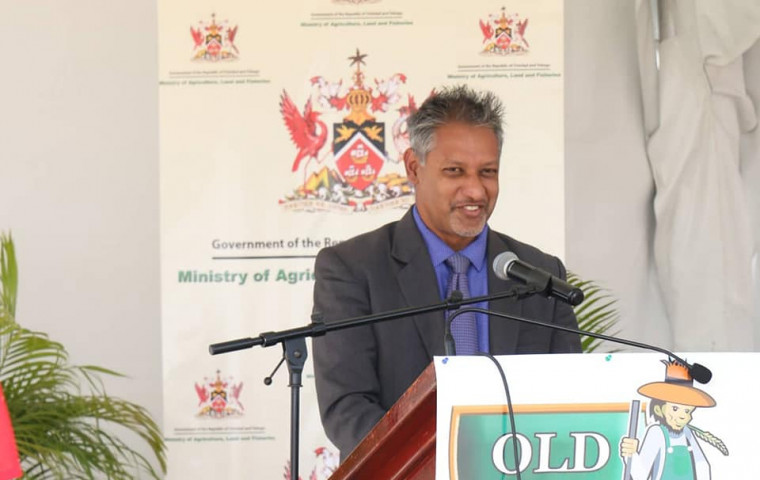 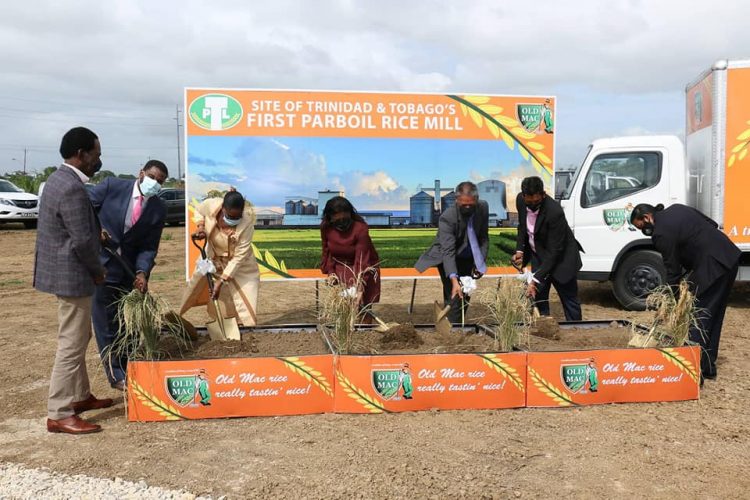 In delivering the feature address at the Sod Turning Ceremony for the construction of the Trinidad Parboil Limited Rice Mill at Milton Road, Couva on Friday 9th April, 2021, Agriculture Minister, Senator the Honourable Clarence Rambharat, said that a Rice Parboiling Plant is critical for the country and there is no explicable reason why such an initiative was not undertaken before, as other jurisdictions similar to Trinidad and Tobago, have established facilities and are reaping the benefits.

He added, the need to have a local rice sector is not meant to replace imported rice but one which is focused on the challenges. It should be realistic in the sense of what the tax payers can support and what are our requirements for the rice farmers. The Government, the Minister said, was prepared to support an industry that produces approximately 3,000 metric tonnes of paddy per year.

Minister Rambharat indicated that there have been significant changes to the arrangement for Agro-Processors renting on State Lands, as they will now pay significantly less on their leases. In the past he said, a facility such as the Parboiling Plant, would have paid in the order of $300,000.00 annually in rent since agro-processing was treated as industrial and commercial in the previous policy. However, with the new amendments this has now been reduced to between $500- $1500.00 annually with certain criteria that applies specifically to parcel size and lease conditions for a particular use.

The Minister also took the opportunity to highlight some of the other ongoing projects in the Central Trinidad area totaling approximately $125m in investments. These include the Nutramix Hatchery ($80m), Central Farms ($25m) and a Private Sector Investment in Agriculture in the area facilitated by the State. He further indicated that the State will assist the Moruga Rice farmers in their processing with the establishment of the new plant and was pleased to be at this point after a long gestation period.

In closing, Minister Rambharat congratulated the CEO of Trinidad Parboil Limited, Mr. Liaquat Ali on the bold initiative and pledged the Agriculture Ministry’s support on the project.

Also speaking at the event was the Minister of Trade and Industry, Senator the Honourable Paula Gopee-Scoon who also congratulated Mr. Ali and his team on their efforts to revitalize the rice Industry in Trinidad and Tobago through this facility. She said, that it will not only move us closer to greater food security, but would contribute meaningfully to the generation of revenue and foreign exchange, as well as lead to significant job creation.

In attendance at the ceremony were representatives from the Agricultural Development Bank (ADB), EXIM Bank Ltd, ExportTT Limited, the Manufacturers Association of Trinidad and Tobago and Dr. John Alleyne, Agricultural Advisor to the Prime Minister.