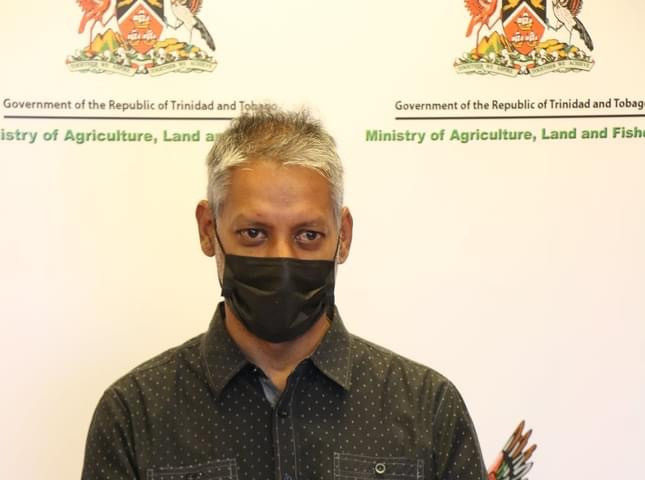 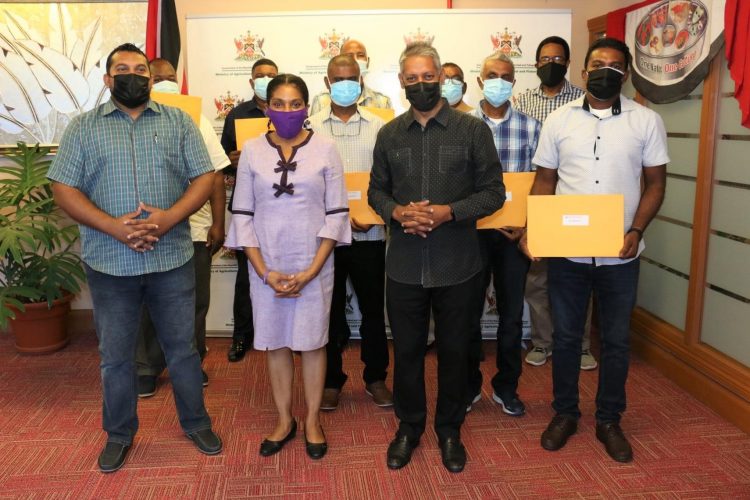 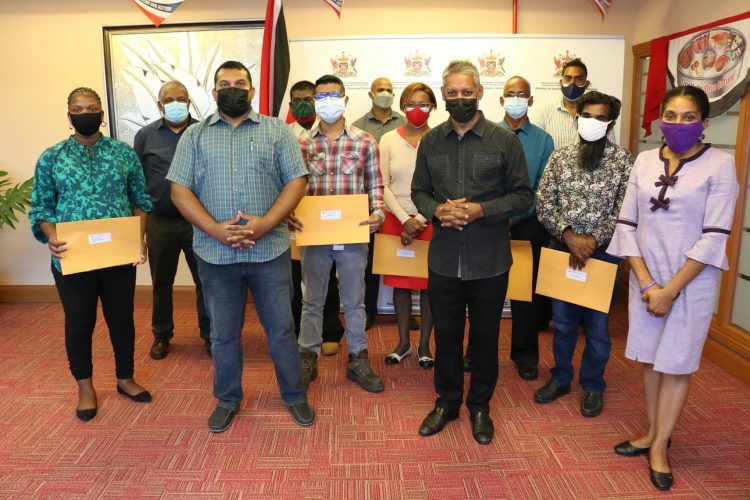 In delivering his remarks at an Agro-Incentive Cheque Distribution event earlier today at the Ministry’s Head Office in Chaguanas, Agriculture Minister, Senator the Honourable Clarence Rambharat said the objective of the Agro-Incentive Grant along with several other initiatives are all aimed at making good farmers better farmers, as there are now a number of facilities in place for them to access in order to expand their enterprises to become more successful.

He iterated that the agricultural sector has seen an increase in the productivity levels during the COVID-19 Pandemic, as it was viewed as an essential service with many farmers having also taking the opportunity to sell their produce at the various Farmers Markets throughout the country.

Minister Rambharat said that while land tenure continued to be a challenge, the Ministry was working diligently to address this concern with a technology-driven approach in order to be more efficient.

On the issue of Agro-Processing, the Minister said the Expression of Interest process for the outfitting and operation of the incomplete Brechin Castle Packing House project was recently completed and will be placed in the hands of the successful private entity, with the outfitting expected to be completed in approximately six (6) months. He added too that PriceSmart will soon be establishing its Regional Distribution Centre at the Phoenix Park Estate at Point Lisas where it will be packaging and distributing agricultural produce for its stores. To this end, such will be another major opportunity for farmers to market their produce.

Minister Rambharat said Green Houses in this country had not generated the type of impact which he had hoped given the existing climatic conditions, pest and disease management issues and the demand from supermarkets and restaurants for a consistent supply of commodities. All of these issues he opined, can be easily resolved in a controlled environment. In this regard, he said that the Government will soon be making an investment in greenhouses, making it available only to qualified persons who have the experience, expertise and the ability to manage them. In addition, a private sector company has been approved to establish and operate a modern greenhouse in close proximity to the St. Augustine Nurseries in St. Joseph.