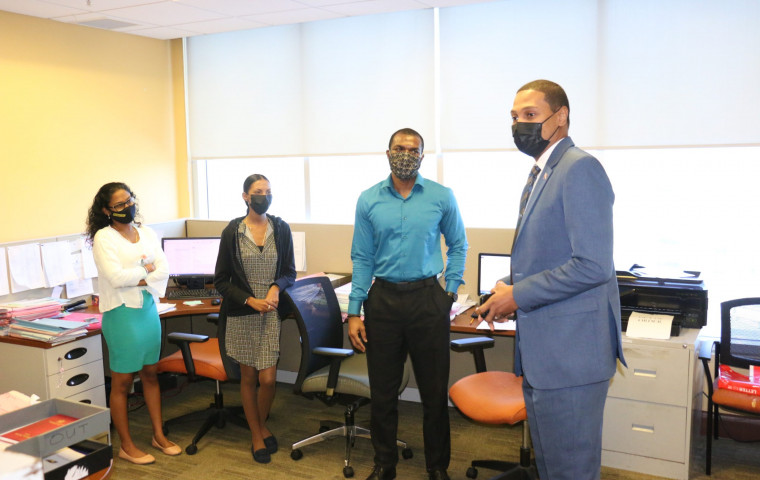 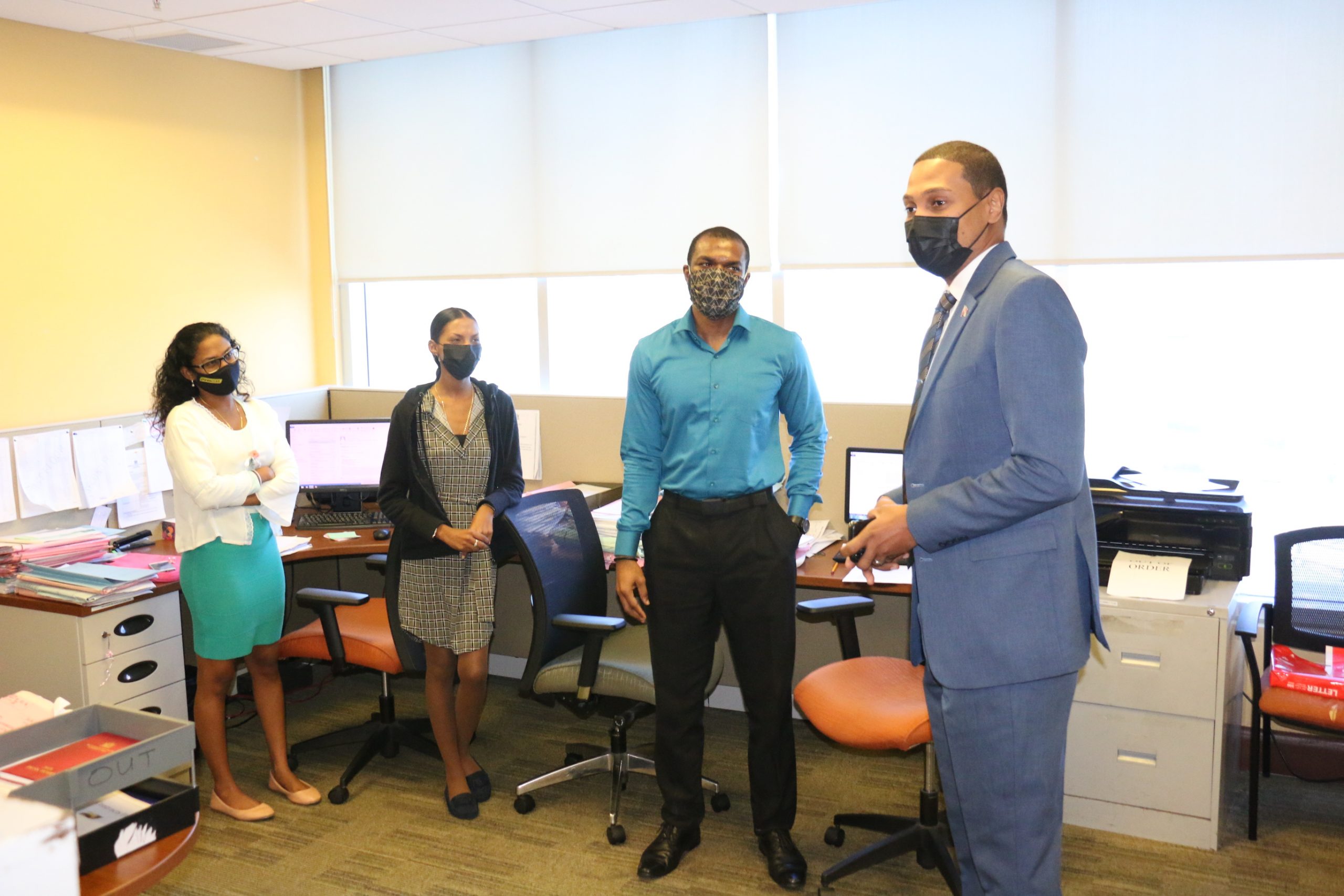 Senator the Honourable Nigel De Freitas (extreme right), Minister in the Ministry of Agriculture, Land and Fisheries (with responsibility for Lands), engages with staff on Wednesday 23rd March, 2022, as he toured the facilities of the Ministry’s corporate headquarters in Chaguanas.

On his second official day at the office, Senator the Honourable Nigel De Freitas, Minister in the Ministry of Agriculture, Land and Fisheries (with responsibility for Lands), took the opportunity to meet with staff as he toured the facilities of the Ministry’s corporate headquarters in Chaguanas earlier today.

In reacquainting himself with the Ministry’s senior management – many of whom he would have had the opportunity to meet during a handover and prayer invocation ceremony which took place yesterday (22/03/2022) – Minister De Freitas took the opportunity to engage with staff from varying levels as he familiarised himself with the Head Office’s various Departments / Units as well as the localities of same.

Members of staff were extremely heartened by the Minister’s gratuitous gesture in embarking on a series of personalised, one-on-one introductions which was regarded by many to be both down-to-earth and sincere.

Indeed, the experience was as equally humbling for Minister De Freitas who received a very warm reception from all those he came into contact, with many congratulating him on his appointment and wishing him a very productive and rewarding tenure in the Ministry.