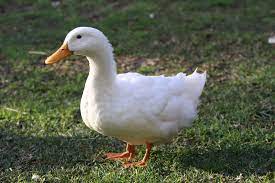 After months of intelligence gathering and investigations, a resident of Thick Village in Siparia, was detained on Friday 9th July, 2021, by members of the Praedial Larceny Squad (Southern Division), in relation to the larceny of 100 live ducks valued at some $10,000. The ducks were stolen from a duck farm at Seebalack Branch Trace, Rochard Road, Barrackpore between 5:00 p.m. on Wednesday 26th May, 2021 and 7:00 a.m. on Thursday 27th May, 2021.

The 37-year old suspect, who was later charged on Sunday 11th July, 2021 and appeared before Magistrate Nazim Khan of the Princes Town Magistrates 2nd Court Court on Monday 12th July, 2021, pleaded not guilty and was placed on bail with surety at $30,000.00.

Another person of interest in the matter was also interviewed however, upon enquiries, it was found that there was not sufficient evidence to mount a charge for the offence of Larceny Livestock and so, he was discharged in good faith.

The Ministry of Agriculture, Land and Fisheries commends the hard work of its Praedial Larceny Squad (Southern Division) officers, for their dedication and resilience in pursuing this matter in the interests of the farming community.