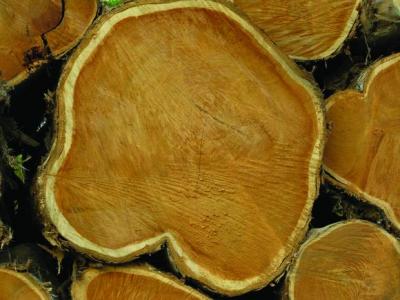 May 12, 2020: The Forestry Division of the Ministry of Agriculture, Land and Fisheries (MALF) hosted a virtual lottery draw for its annual allocation of Pine and Teak Units to Sawmillers. The online process was held because of current restrictions due to Covid-19. As such, a recommendation was made by the Conservator of Forests to waive the usual newspaper advertisements for ‘Letters of Interest’ and allow the Permanent Secretary to facilitate the allocation in a random and transparent manner.

The Forestry Division has been entrusted with the responsibility for the management of the forest resources of the country, which includes the State- Owned Teak and Pine Plantation. The State currently owns approximately 6,400 hectares of Teak and 3,393 of Caribbean Pine. Teak and Pine have a rotation of 50 and 30 years respectively. Historically, the sale of Teak and Pine assets is conducted in accordance with a Teak and Pine Sales Policy.

The draw was held at the MALF Head Office on Monday 11th May, 2020 and was conducted by the Permanent Secretary (Ag.), Ms. Susan Shurland and Deputy Permanent Secretary (Ag.), Mrs. Coomarie Goolabsingh. It was witnessed by the Conservator of Forests – Mr. Denny Dipchansingh, Acting Head of the Legal Unit – Mr. Dirk Ramdin, Manager, Corporate Communications – Mr. Dominic Hinds along with the various representatives from the Sawmillers Association and Co-operatives who were viewing from their remote locations.

At the conclusion of yesterday’s draw, 106 Sawmillers received allocations for Teak and 103 Sawmillers   for Pine. Sawmillers who were successful in acquiring allocations at the lottery draw will be notified within two (2) weeks, and they would have the option to accept or decline such, after they have viewed their assigned field. Thereafter, contracts will then be issued to all sawmillers who have accepted their assigned fields.