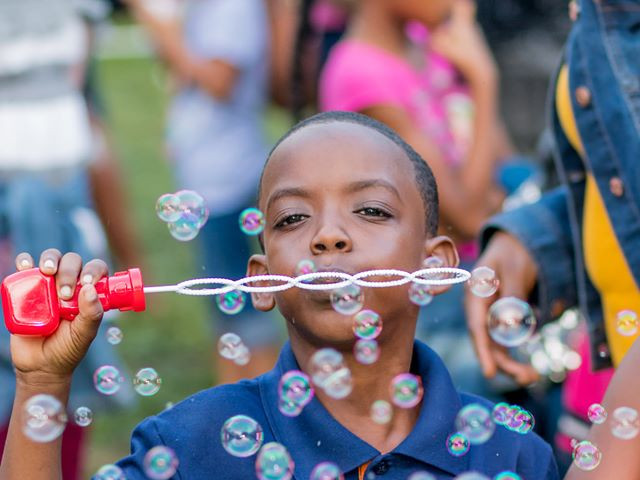 December 19, 2019:- The fifth instalment of Family Nights Under the Lights (FNUTL) took place on Saturday 14th December, 2019 at the Royal Botanic Gardens. The annual Christmas event which is free to the public included the traditional tree- lighting. To those who attend the event they see it as the start of the yuletide season in the capital city. The evening’s programme also provided entertainment in the form of a ‘Movie Night’, Santa and Friends and a performance from vocalist Justin Zephyrine.

Addressing a packed crowd of over 1000 patrons who braved the inclement weather, Senator the Honourable Clarence Rambharat, Minister of Agriculture, Land and Fisheries, thanked the event’s collaborating partner, the Zoological Society of Trinidad and Tobago, the event’s organising committee, staff, volunteers, and sponsors for their continued commitment and dedication over the years. FNUTL he said, has become one of the most widely anticipated events on the Christmas Calendar. He wished everyone great Christmas and a very productive 2020. The Minister then fondly commented on the grand prize of the event, an economy class ticket to any Caribbean Airlines destination sponsored by Caribbean Airlines. Prospective entrants were asked to post on the Ministry’s Facebook page, images of their families attending any FNUTL event hosted in previous years.

Prior to the start of proceedings, a cocktail reception was hosted by the Honourable Minister for specially invited guests including executive and management representatives of the Ministry of Agriculture, Land and Fisheries (MALF), its State agencies and event sponsors. Attending the reception were the Acting Permanent Secretary (MALF), Ms. Susan Shurland; Acting Chief Technical Officer, Dr. Simone Titus; Acting Conservator of Forests, Mr. Denny Dipchansingh; Acting Director, Human Resource Division (MALF), Ms. Mary Rojas-Simeon and Acting Director, Horticultural Services Division (MALF), Ms. Chandrawti Kissun and Ms. Ann-Marie Dardaine, Director, Engineering Division. While this was taking place there was a simultaneous toy distribution and photo opportunity with Santa, face painting and balloon sculpting activities, live musical entertainment as well as an engaging dancing session with ‘Baby Shark’ (a costumed character), much to the delight and amusement of children and parents alike.

Families were also treated to a host of sponsored hampers and courtesy giveaways (inclusive of doubles, popcorn, corn soup, refreshments, snacks) and a tour of the Ministry’s educational and interactive Forestry Bus, where they learnt about Trinidad and Tobago’s wetlands, wildlife and protected species. Representatives from the Environmental Management Authority (EMA) were not left out of the festivities as they co-ordinated the distribution of educational stickers, activity books and learning charts, they encouraged the youngsters to spin a wheel and win any one of these prizes. 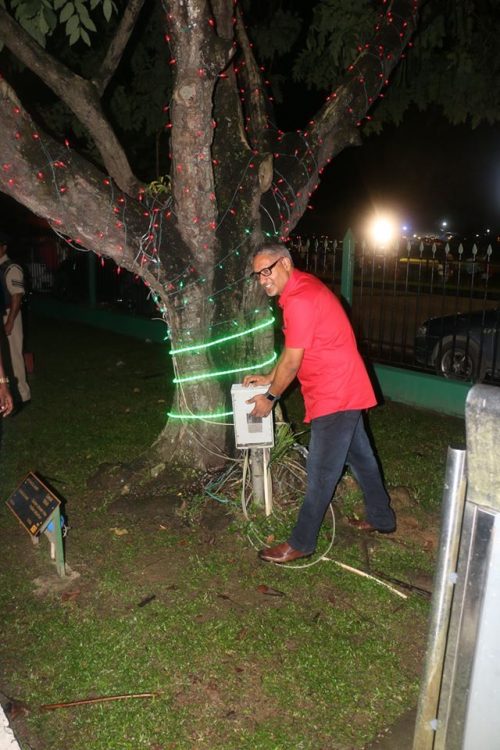 FNUTL 1: Senator the Honourable Clarence Rambharat, Minister of Agriculture, Land and Fisheries puts on the switch to illuminate the Royal Botanic Gardens in Port of Spain on Saturday 14th December 2019, to mark the launch of ‘Family Nights Under The Lights’ 2019 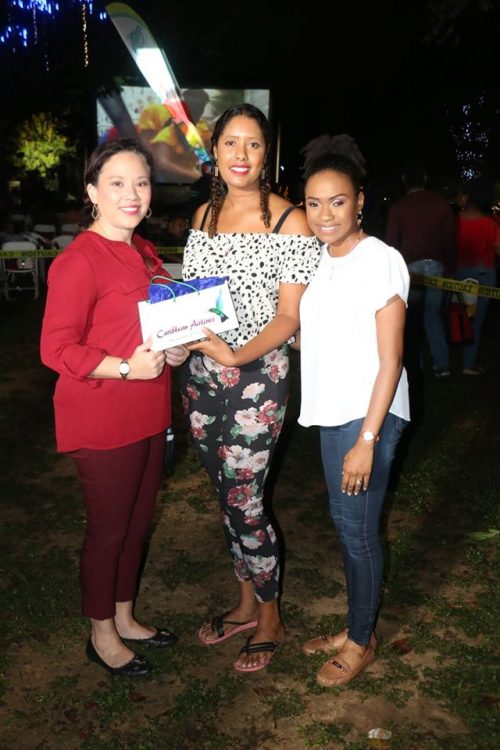 FNUTL 2: Ms. Melissa Laura (centre) smiles upon receiving the grand door prize at the launch of the ‘Family Nights Under the Lights’ 2019 from Caribbean Airlines representative (left). At right is the Advisor to the Minister of Agriculture, Land and Fisheries, Ms. Carla Marcelle-Boyce 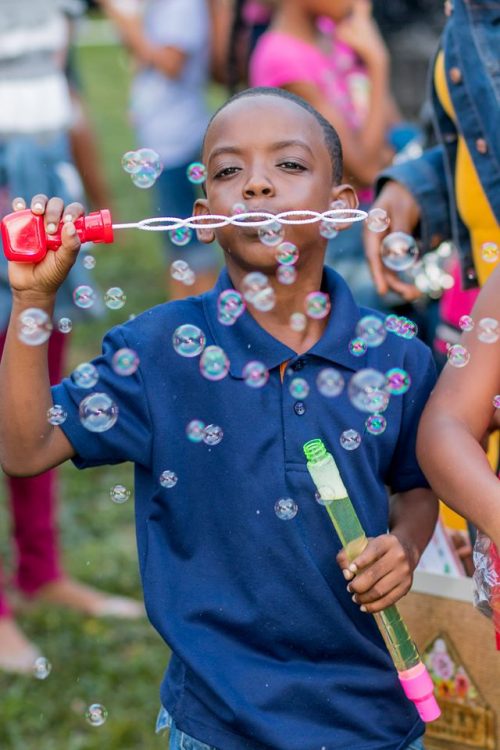 FNUTL 3: A child utilizes a gift received at the launch of the ‘Family Nights Under the Lights’ 2019 at the Royal Botanic Gardens in Port of Spain on Saturday 14th December 2019. 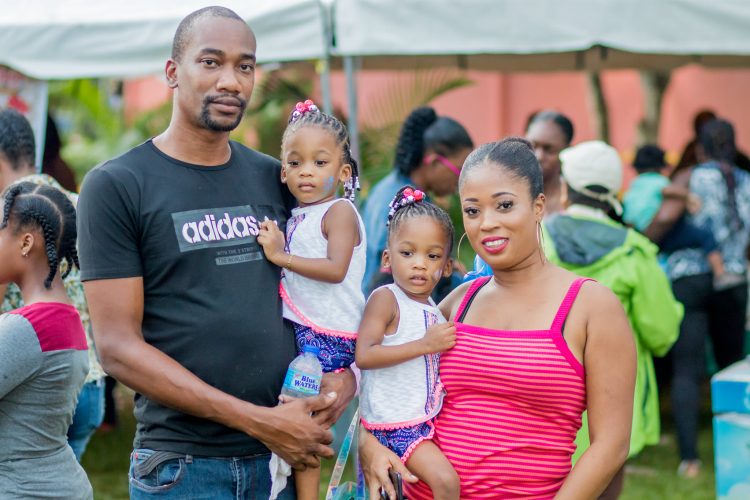 FNUTL 4: A family strikes a pose at the launch of the ‘Family Nights Under the Lights’ 2019 at the Royal Botanic Gardens in Port of Spain on Saturday 14th December 2019