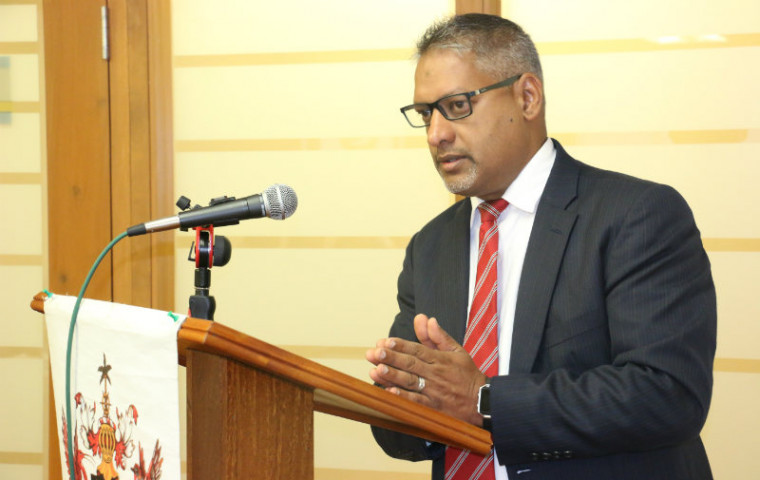 The Ministry of Agriculture, Land and Fisheries today announced the availability of a major new financial support for bona fide farmers, fisherfolk and agricultural producers, in a policy move aimed at stewarding state support to agribusinesses that need a specific intervention. The vision is for producers to strengthen, expand or modernise their operations.

Under the agricultural finance support programme which governs the new “Agro-Incentive”, both agricultural start-ups and experienced producers could apply for annual grants of up to $100,000.
The terms of the Agro-Incentive say the money is a performance-based investment by the government that’s meant to spur production – not a loan successful applicants will someday have to repay.
Still, Minister of Agriculture, Land and Fisheries Clarence Rambharat has said priority will be given to productive farmers and entrepreneurs whose proposals meet very specific standards.
Chief among them is how the money could help owners use modern farming techniques and technology to solve enduring problems caused by adverse weather, pests and diseases, and the scarcity of reliable labour. 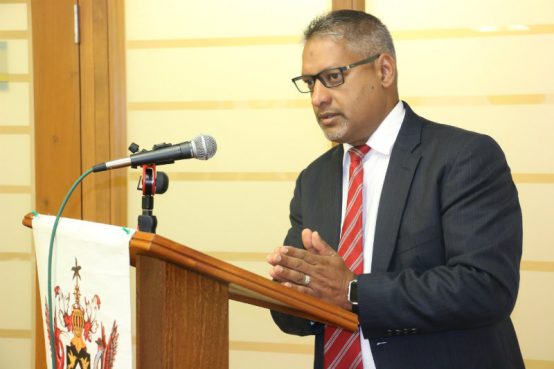 Minister of Agriculture, Land and Fisheries, Senator the Honourable Clarence Rambharat presents the new Agro Incentive Programme to Staff and Ministry Stakeholders on Monday 1st October, 2018, at the Ministry’s corporate headquarters in Chaguanas. 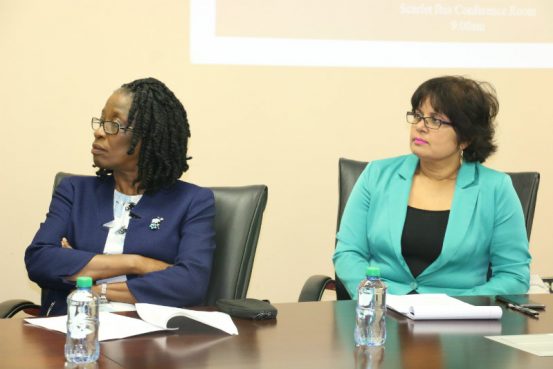 Attending the presentation of the new Agro Incentive Programme was the Permanent Secretary in the Ministry of Agriculture, Land and Fisheries (MALF), Ms. Lydia Jacobs (left), who sat alongside the Acting Deputy Permanent Secretary (MALF), Ms. Ramdai Sookdeo (right), at the Ministry’s corporate headquarters in Chaguanas on Monday 1st October, 2018.

In the first year, the financial support targets farmers and producers who plan to adopt protected farming practices to mitigate environmental threats to crops; or introduce energy-saving technology to improve farm efficiency; or acquire specialised equipment to enhance packaging or boost primary production.

“Priority will also be given in the first year to branding, business expansion, facility upgrades, and research and development projects,” said Minister Rambharat. He added: “We’re also going to support agribusinesses that need to protect intellectual property or meet food-safety compliance standards.”

Anticipating long-term benefits to the sector, Minister Rambharat estimated local farmers and entrepreneurs could reap larger profits by implementing some of the wide-ranging technologies that have swept the global agriculture industry.

These include everything from handheld devices that capture data, sensors that help monitor seeding rates and fast-track planting, and specialised farm implements that reduce reliance on labour and can do the work of dozens of agricultural workers in less time.

The idea is to reshape local agriculture using tools like the Agro-Incentive to make traditional food producers significantly more competitive. “That’s one the reasons the programme emphasises the use of technology in specific ways,” Mr. Rambharat said.

An interagency team ultimately agreed that in addition to livestock and dairy farmers and fisherfolk, the Agro-Incentive would be available to a fairly large group of producers including licensed sawmillers and woodcutters, university graduates with degrees related to agriculture, and people with access to or serious interest in land for food production.

The rules also stipulate that while the Agro-Incentive cannot be used to purchase private vehicles or meet recurring business expenses, the Agricultural Development Bank would accept it as collateral for loans.

For Minister Rambharat, the Agro-Incentive is part of a broader government focus on agribusiness.
Weighing the potential benefits of the investment, the minister said farmers and producers could begin applying for the new Agro-Incentive from October 2018 and should expect greater Ministry oversight of how the money is used.