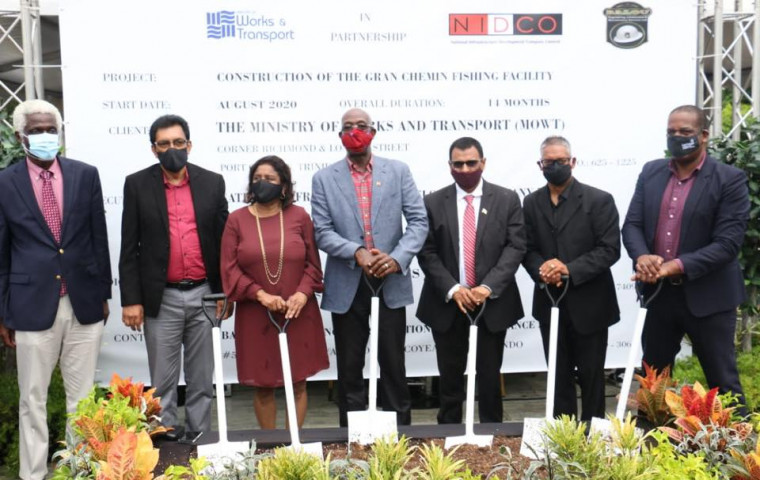 30th July, 2020: At the Sod-Turning Ceremony to commence construction of the $62.5m Grand Chemin Fishing Facility in Moruga on 27th July, 2020, Agriculture Minister, Clarence Rambharat in his Opening Remarks said that, the facility will provide a unique space for value-added enterprise, as well as the opportunity for a vibrant, export market and sustainable job creation.

According to Minister Rambharat, the construction of an upgraded facility will generate much needed economic activity for the fishing community. He further remarked, that the Gran Chemin Fishing Facility is another in a series of similar type projects that will contribute significantly to the overall development of rural Moruga. Among these, was the recently launched, Moruga Agro- Processing and Light Industrial Park, improvement to Moruga’s road and housing infrastructure and the construction of a sporting facility.

Sharing similar sentiments on the importance of the development of rural communities was Prime Minister, Dr. the Honourable Keith Rowley, who, in delivering the Feature Address, said that there was much value and inclusivity to be derived nationally, when rural developmental projects mirrored those currently enjoyed by urban Trinidad and Tobago. “What facilities such as there are doing, is creating opportunity and ensuring that every person, everywhere in this country, has the same opportunity as anybody else, anywhere in the country. That is called balanced development”, the Prime Minister said.

The Grand Chemin Fishing facility is a project of the Ministry of Works and Transport and the National Infrastructure Development Company Limited (NIDCO). It spans 2,170 square metres and will provide birthing for 150 fishing vessels, storage units for boat engines, equipment and fishing supplies; repair facilities for boats and nets, a wholesale and retail fish market; cold storage and ice maker amenities; water storage and waste water treatment plant; parking and security.

Completion of the project is expected in fourteen (14) months with construction set to commence in August, 2020. 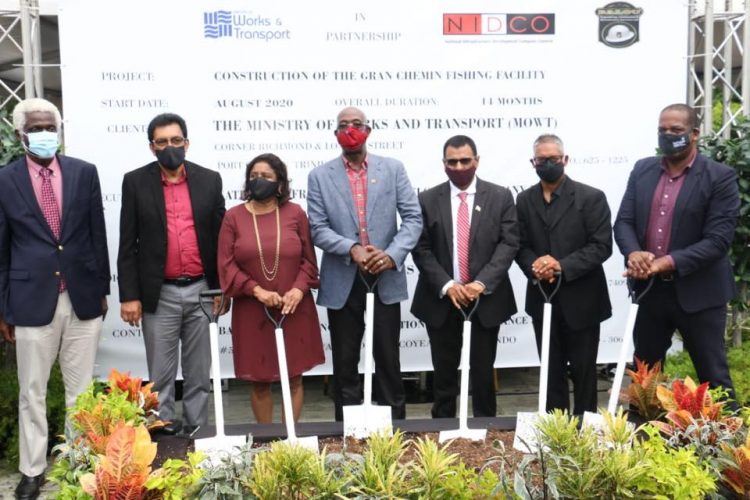