Applying For State Land? Soon You Can Do It Online 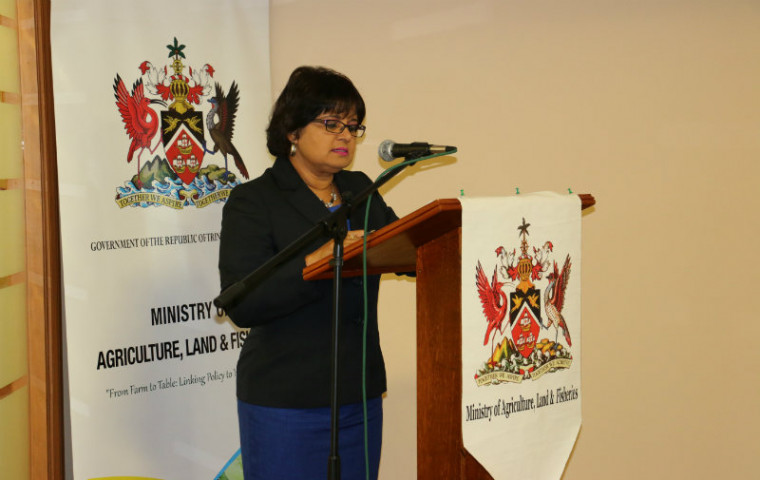 Citizens will soon be able to complete applications for State land online Agriculture Minister Clarence Rambharat announced Friday during a brief ceremony to launch the Ministry’s new website at its Chaguanas head office.

The website, which lives at www.agriculture.gov.tt, is part of a wider strategy to move beyond the delivery of services via the ministry’s regional offices and serve stakeholders wherever they are – even if that’s on a mobile phone. 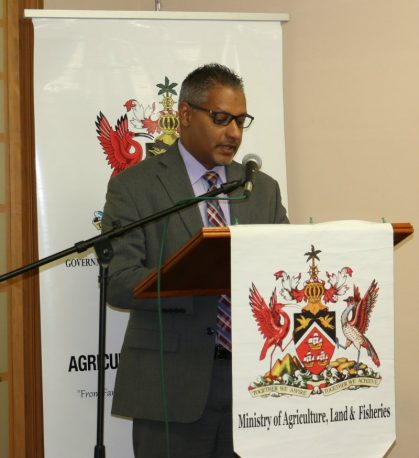 Minister of Agriculture, Land and Fisheries, Senator the Honourable Clarence Rambharat, delivers the Feature Address during the Ministry’s Website Launch on Friday 21st September, 2018, at its corporate headquarters in Chaguanas. 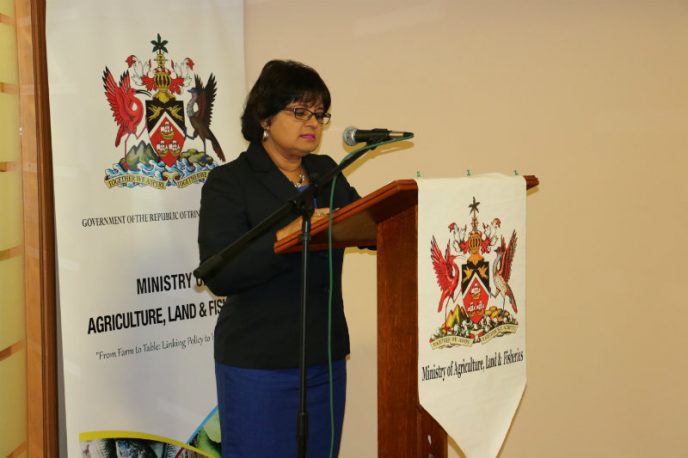 Acting Permanent Secretary in the Ministry of Agriculture, Land and Fisheries, Ms. Ramdai Sookdeo, brings greetings during the Ministry’s Website Launch on Friday 21st September, 2018, at its corporate headquarters in Chaguanas.
The breadth of services on offer at the Ministry of Agriculture, Land and Fisheries is staggering. It deals with everything from fishing permits, hunting licenses and farmer registrations to land applications, training, crop and livestock inspections and engineering support. The plan, according to Minister Rambharat, is to digitalise most of these services on a phased basis.

“A government website should be a place where people can go to do business with a ministry,” Rambharat said. “As a country, this is where we have been most deficient.”
Lauding the site’s ability to expand and support wide-ranging services, Minister Rambharat also announced plans to integrate TTBizLink applications for e-permits and licenses along with applications for agriculture incentives and subsidies.

Another key objective is for agriculture.gov.tt to develop over time into a searchable hub for sector-specific information.

This focus on valuable, up-to-date content would lead to increased readership across the board.
But more important, it will help the site provide as much utility to the hundreds of Ministry staff, sharing information across multiple Divisions as it does to outside stakeholders, a sentiment echoed at the launch by Acting Permanent Secretary, Ms. Ramdai Sookdeo.

“It serves as a convenient resource tool for our own edification,” Ms. Sookdeo said, “and also in our public engagement and knowledge-transfer with external parties.”

The investment in technology and content is expected to deliver far-reaching value to citizens.
Already, the Ministry’s Geographical Information Systems (GIS) Unit has digitised some 90,000 survey plans and another 1,800 agricultural files which will help fast-track land transactions.
To further modernise land management across the country, there are also plans to launch a barcoded land card shortly which will allow users of State lands to access their records electronically.

“In many cases, people will not have to walk with the brown envelope or the white plastic bag with all their documents and start the story from the beginning,” Rambharat said.