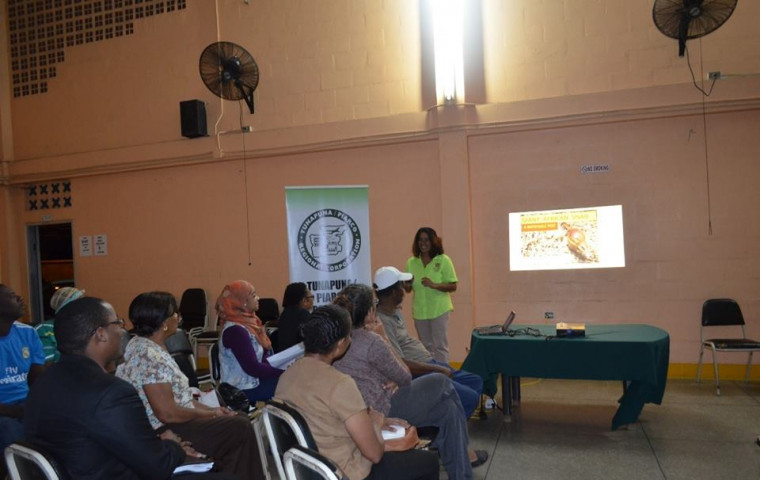 Persons attending a public town meeting at the St. Augustine Regional Complex on St. John’s Road in St. Augustine, benefitted from a sensitization session on Thursday 26th October, 2017, geared towards minimizing the adverse impact of an invasive pest – the giant African snail (GAS) – which, in additional to being a public nuisance and trade embargo, can cause harm to human health and more than 500 different species of plants. The meeting was chaired by the Tunapuna/ Piarco Regional Corporation. 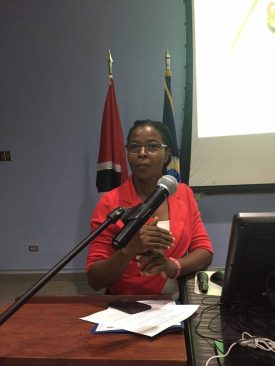 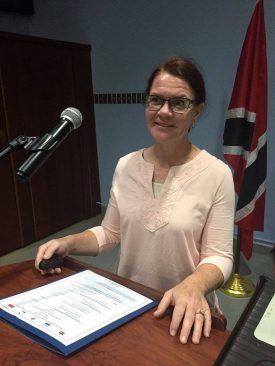 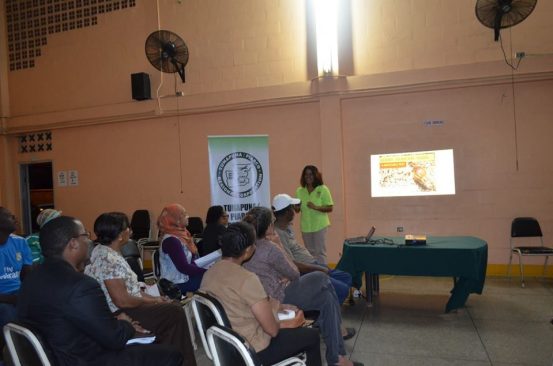 The sensitization, which was hosted by the Extension, Training and Information Services (ETIS) Division of the Ministry of Agriculture, Land and Fisheries (MALF), was facilitated by the Division’s Entomologist (Ag.), Ms. Roshni Ramsingh, who carefully outlined to the gathering, strategies which “every citizen can employ to help manage the giant African snail”. Her mantra of involving the collective efforts of community members in tackling the scourge of the pest, mirrored the sentiments of her colleague from the Ministry’s Research Division – Entomologist (Ag.) Ms. Teresa Rosemond – who, at a seminar some two (2) months prior, had made it clear that the GAS was not just an issue for the Ministry but “a problem for each and every one of us.” At the time Ms. Rosemond had said: “There must be a willingness of individual residents to be proactive and vigilant in its pest management so as to effectively compliment the efforts of the Ministry.”

According to Entomologist at the United States Department of Agriculture, Animal and Plant Health Inspection Services (USDA-APHIS), Dr. Amy Roda, “outreach initiatives” – such as the one embarked upon by the ETIS Division last Thursday (26/10/2017) – played a vital role and had formed part of the overall strategy utilized by South Florida which had been very instrumental “toward [its] goal of GAS eradication”. Dr. Roda was the feature presenter at a seminar – ‘Development of Management Strategies for the Giant African Snail in Trinidad and Tobago’ – hosted collaboratively by MALF; the USDA-APHIS and the University of the West Indies (UWI) at UWI’s St. Augustine Campus in August 2017.

To report sightings, and for additional information, please call the Ministry’s Hotline at 646-6284 or email at: snailreport@nullgmail.com

COME DO YOUR PART AND HELP STOP THE SPREAD OF THE GIANT AFRICAN SNAIL.