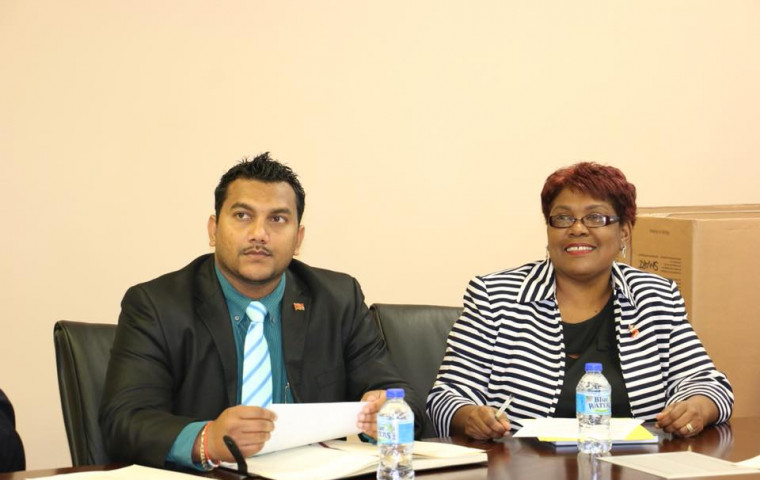 Huanglongbing or Citrus Greening disease has had negative economic implications for Trinidad and Tobago since its positive identification in May of this year. These were the words of Senator Avinash Singh, Parliamentary Secretary in the Ministry of Agriculture, Land and Fisheries, as he shared the sentiments of citrus farmers with whom he had had recent discussions on the disease – caused by the bacterium, Candidatus Liberibacter asiaticus – which has destroyed more than 100 million trees globally and has spread to several continents (Asia, Africa and the Indian subcontinent) including the Americas. Senator Singh was speaking at the Ministry’s Corporate Headquarters in Chaguanas on Friday 3rd November, 2017, as he delivered an Address at the Opening Ceremony of a Huanglongbing (Citrus Greening) Workshop, hosted by the Ministry in collaboration with the United States Department of Agriculture, Animal and Plant Health Inspection Services (USDA-APHIS). 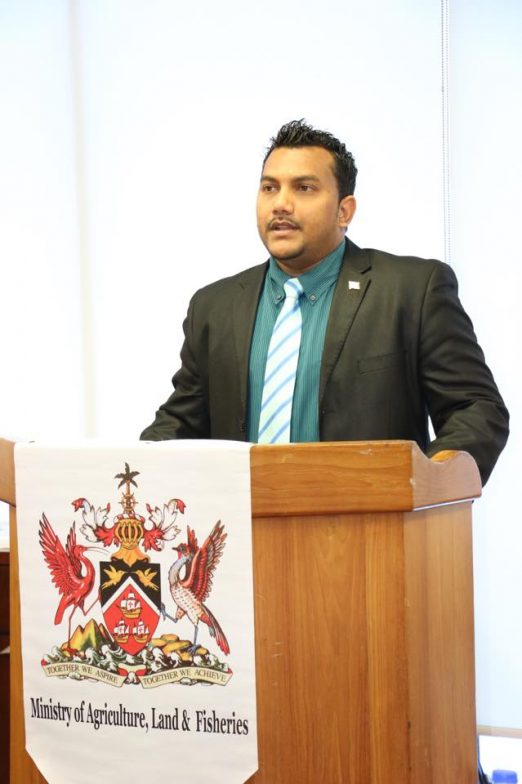 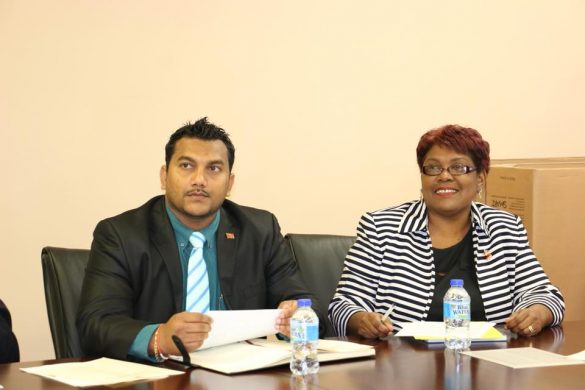 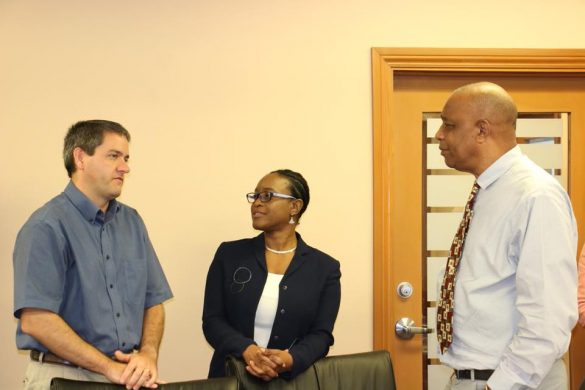 Senator Singh said while it was heart-rending to envision a farmer losing all of his crop, after having brought a citrus field to maturity for “over ten (10) to fifteen (15) years”, he was happy that the Ministry was actively engaging the experience of qualified industry technocrats with the goal of effectively managing the local impact of the disease. “I want to commend the mobilization of all stakeholders present at this Workshop and look forward to recommendations which will evidently redound to a solution for the benefit of the farmers, whose interests we continue to serve going forward,” he said.

In bringing Greetings, Dr. John Alleyne, Advisor on Agriculture to the Prime Minister of the Republic of Trinidad and Tobago, lauded the Workshop’s Feature Presenter – Professor Michael Rogers – as the “chief researcher” on citrus diseases and commended him on his leadership of the Citrus Research & Education Centre of the University of Florida, as the “premier research institution in the world.”

During his delivery of the Feature Presentation at the Workshop, Professor Rogers stated that “Citrus Greening is not a death sentence but it does mean that you have to change our way of doing things”. He advised that any effective management of the disease must involve the: propagation of clean nursery stock; removal of infected trees in the field; improved tree health practices and effective psyllid (insect host) control via the use of broad-spectrum insecticides and foliar applications.

He advised that biological control was not a very promising solution for Citrus Greening management, particularly when preventing infection is the primary goal; saying that while “there was still some hope in biological control”, it was not effective in preventing trees from becoming infected. “Biological control is not compatible in an eradication strategy when you are dealing with an insect vector pathogen. It works well however, when you are looking at a pest that causes direct damage but is not spreading a pathogen,” Professor Rogers said.

Professor Rogers, in sharing Florida’s strategies in controlling Citrus Greening, said that over the last twelve (12) years, the State has now resorted to managing the disease as opposed to eradicating it. This, according to him, has not come without its challenges “as symptoms are usually difficult to diagnose since they often resemble nutrient deficiencies such as those of zinc, iron, manganese and magnesium or other problems.” More so, symptoms may go undetected for as long as two (2) to five (5) years.

To date, Citrus Greening has been confirmed in other Caribbean territories, including Barbados, Jamaica, St. Vincent and Dominica. There is at present, no known cure or bactericide for Citrus Greening – a bacterial disease which impedes citrus production due to its debilitating impact on both plant and food crop and is regarded as one of the most serious and devastating of all the diseases affecting citrus.

Some of the early symptoms of the disease on citrus are vein yellowing and an asymmetrical chlorosis (or ‘blotchy mottle’) on its leaves. Affected leaves may be small and upright with a variety of chlorotic patterns. Some leaves, may be totally devoid of green or with only green islands. Affected fruits may produce minimal quantity; be small in size; have a lopsided shape (with a curved central core) and; fail to colour properly. Other fruits drop prematurely from afflicted trees; often contained aborted seeds and had a salty, bitter taste.

Persons are asked to report any suspicious HLB symptoms to MALF’s Research Division at 646-6284 or via email at reportpest@nullgmail.com to help manage the citrus greening disease.