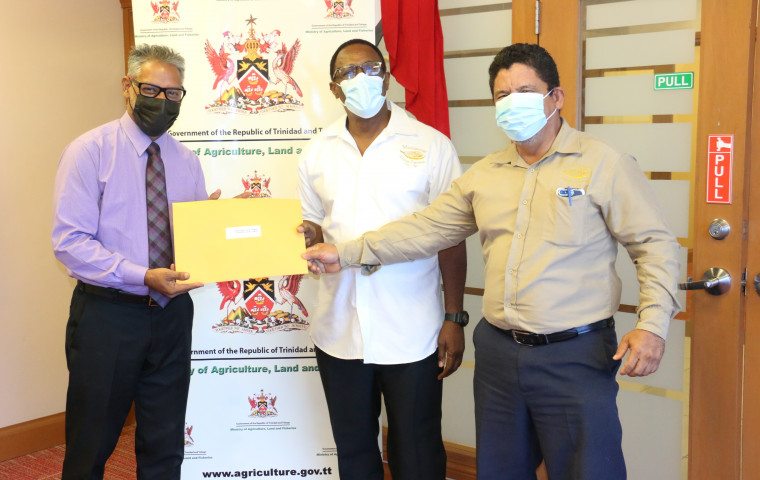 October 09, 2020:- Six (6) persons were the successful recipients of Agro-Incentive Grants totaling some $0.5M from the Ministry of Agriculture, Land and Fisheries earlier on today. The cheques were presented to them by the Minister of Agriculture, Land and Fisheries, Senator the Honourable, Clarence Rambharat at an event hosted at the Ministry’s Head Office in Chaguanas. Also in attendance was the Permanent Secretary, (Ag), Ms. Susan Shurland.

Minister Rambharat, in his remarks, indicated that the Agro Incentive Programme is significant and very much needed in order to assist farmers in acquiring the necessary resources for new techniques, equipment and technology. To this end, he reflected on the first 18 months of his tenure, during which he had visited some 250 farms and observed first-hand, the many gaps in the agricultural support offered to farmers, which, he said did not adequately treat with some of their infrastructural, technological and environmental needs.

While also admitting that land tenure “remained at the heart of the problem”, given the need for farmers to safeguard the tremendous amount of investment that goes into agriculture, Minister Rambharat was particularly heartened by the work of the young farmers in the Kunjal / Barrackpore communities and lauded their efforts in advancing the country’s pineapple industry.

Speaking after the conclusion of the event was Mr. Ackil Garraway of Arouca, one of the recipients of the Agro- Incentive Grant. He indicated that he would be utilizing his grant to improve his current poultry systems, including the implementation of bell-drinkers and space ray brooders. Another recipient, Mr. Ravi Renie said that his grant would be used to “ramp-up” his current paw-paw production by improving his “irrigation and mechanisation initiatives” so that we would be in a position to provide a consistent supply to his growing clientele in Sangre Grande, through the production of “about 200 trees, every two (2) months”. Other recipients of the Agro-Incentive Grant were Robert Simon, Ronald Chan, Mr. Christopher Springer, and the Montserrat Cocoa Farmers’ Co-operative Society Limited.

The Agro-Incentive Programme was launched by the Agriculture Ministry in October 2018. 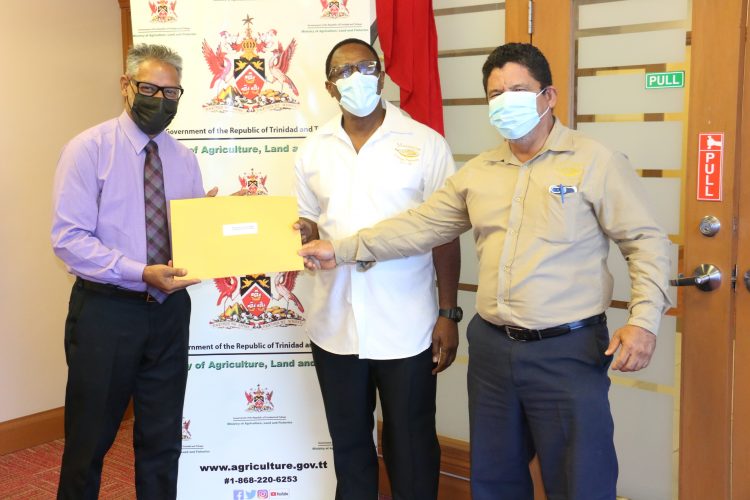 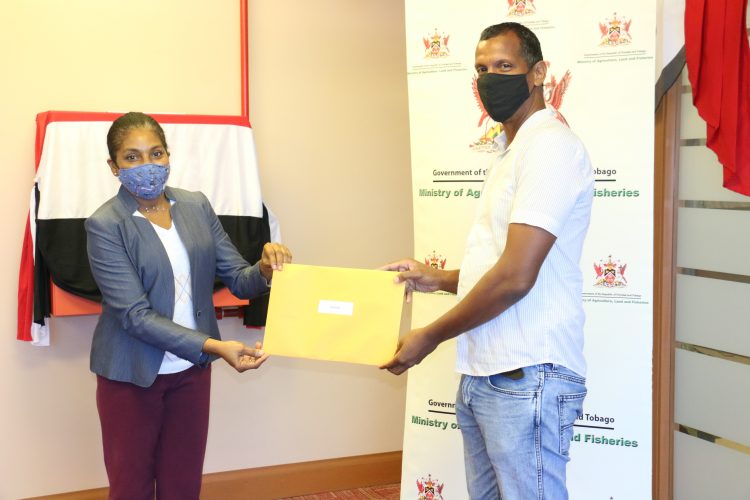