Agriculture Ministry contemplating the Issuance of a ‘Temporary Farmer’s Badge’ to a wider group of productive farmers who lack land tenure! 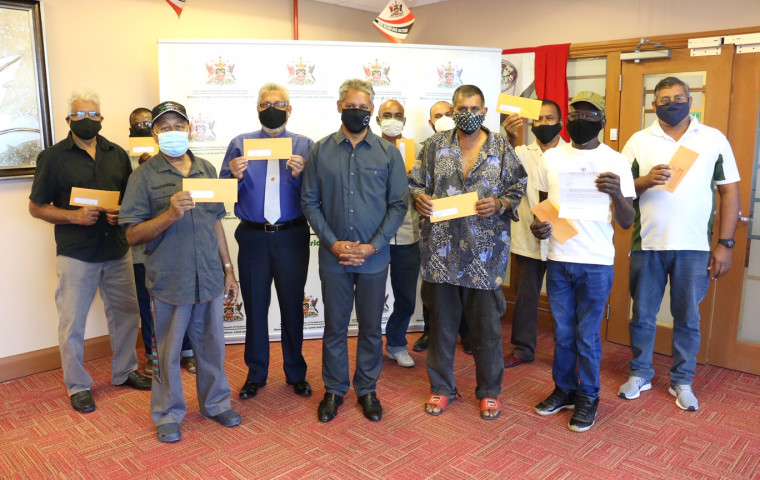 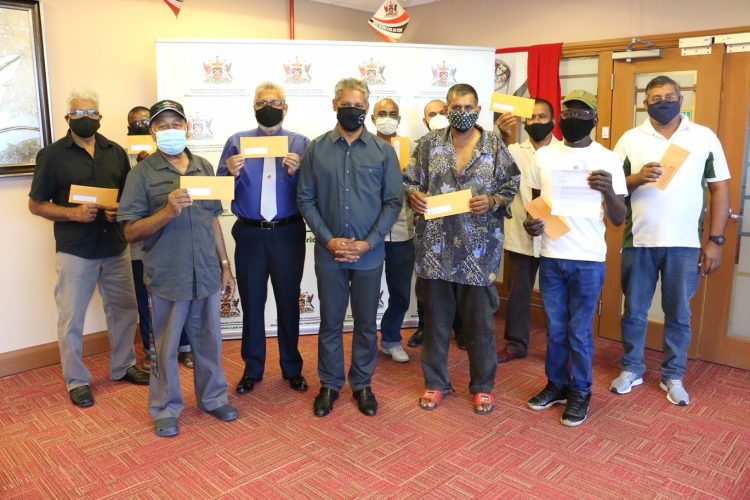 November 11, 2020:- Senator the Honourable Clarence Rambharat, Minister of Agriculture, Land and Fisheries said that the Ministry was “taking a close look” at how it can assist a wider group of persons who do not currently have land tenure but are productive farmers and in so doing, give them the necessary access to the Ministry’s agricultural incentives. The Minister made the disclosure during his address at a Lease Letter Distribution Ceremony earlier today.
In empathising with the ‘land tenure’ prerequisite for acquiring a farmer’s badge, Minister Rambharat said, that while the measure was seemingly prohibitive, there was also a danger in being overly facilitative; as there could be an associated risk of it being abused by persons, whose only intention for acquiring the badge is to benefit from the vehicle incentive.
In signaling his intention to offer a temporary farmer’s badge to a wider group of farmers who do not now have land tenure, the Minister noted, that any such relief would not exempt these farmers from actively pursuing the regularization of their respective parcels within a specified time limit as the grant of a temporary farmer’s badge was part of the regularization of tenure process. He added: “What I don’t want, is that you give someone a temporary farmer’s badge and they do not take the steps to get the land tenure. It works hand in hand. Our primary focus is on production and if you are producing, then we have a responsibility to assist you to obtain land tenure, especially if it is State Land”.
The Minister also revealed that in the coming months focus will be concentrated on consolidating the issue of land in one place and dealing with some of the “running around” (to several Agencies) that people face when treating with State land. He also took note of the need for improved communication and access between the Ministry’s staff and their many stakeholders, which he identified as tantamount to the optimal development and improvement within the sector.
Today’s event which took place at the Ministry’s Head Office in Chaguanas, involved the disbursement of letters to ten (10) recipients, with each conveying both the Cabinet’s approval to grant a Standard Agricultural Lease for a specified period, and empowering the respective holders with the authority to engage financial entities and State Agencies, in respect to their agricultural parcels.
MEDIA RELEASE DOWNLOAD
END