Agriculture Ministry to allocate $400,000 to the development of 4-H Clubs 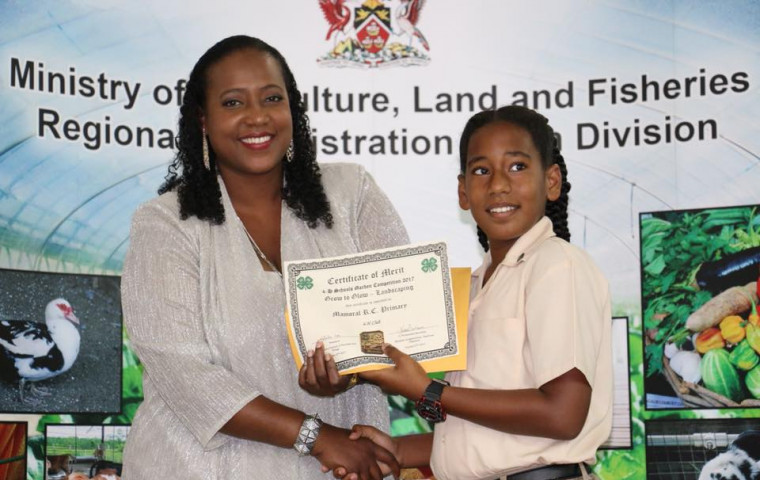 Senator Avinash Singh, Parliamentary Secretary in the Ministry of Agriculture, Land and Fisheries (MALF), says that the Ministry has agreed to the allocation of some $400,000 to the 4-H Clubs in Trinidad and Tobago with the likelihood of an increase during the fiscal year, once needed. He made this disclosure at the 4-H National Home Gardening Competition’s Prize Distribution Ceremony on Friday 27th October, 2017, at the Sugarcane Feeds Centre (SFC) in Longdenville.

The competition – which was themed, ‘Grow to Glow’ – was hosted by the Ministry in collaboration with the 4-H Leaders’ Council of Trinidad and Tobago. It was adjudicated over the course of four (4) months (April – July, 2017) and involved the active participation of thirty-four (34) 4-H Clubs, representing some thirty (30) Primary Schools and four (4) Secondary Schools. 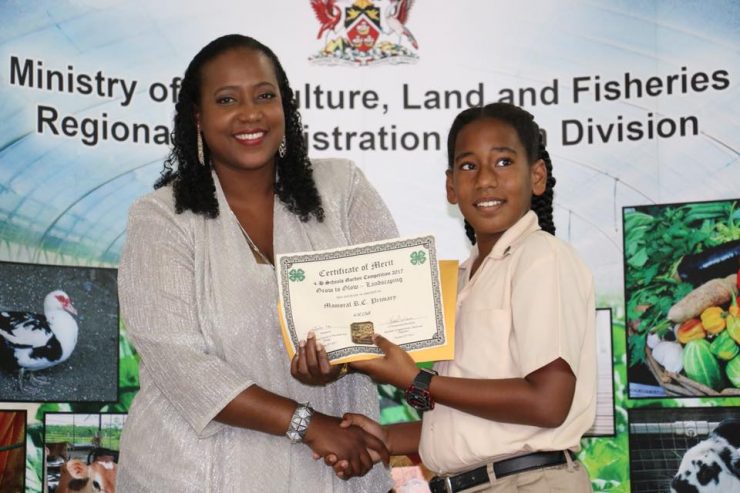 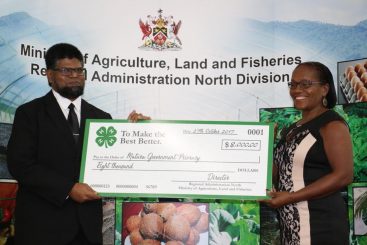 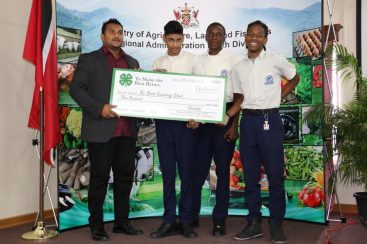 Senator Singh said: “Once the 4-H President has given the indication that the proposed allocation will be spent by the Mid-Year Review, I will continue to use my best efforts to ensure that any legitimate requests for additional funds will be met.”

He lobbied for additional investment in the sector by corporate Trinidad and Tobago, insisting that it was now an opportune time to trigger growth within the agricultural sector given the need for the Government to make optimal use of its already limited resources. The Parliamentary Secretary said that while many parents and young people alike, were not gravitating to the industry as a legitimate career path, “the agricultural sector was the only one where workers were exempt from paying taxes on their profits” and one of the more highly subsidized vocations out there. “There is now a shift in the economic dynamics of the country and I am saddened that many of our youth are not venturing into the agricultural profession at a time when our country needs it most,” he added.

Senator Singh assured the 4-H Leaders Council that the Ministry stood “fully ready, resourced and waiting to assist in the expansion of 4-H, for the benefit of the nation’s youth and the overall development of the agricultural sector”.

In providing an overview of the competition, outgoing 4-H Co-ordinator for the Ministry’s Regional Administration North (RAN) Division and Acting Agricultural Assistant III (MALF) – Ms. Nina Khan – said she was “very impressed by the participants’ level of involvement and creativity” and noted that in some schools and communities, “everyone got involved”. Ms. Khan revealed that there were two (2) respective rounds in judging the competition’s six (6) categories; the first being done at the level of the Counties with the final adjudication by a panel of three (3) independent judges. The six (6) categories were: traditional gardening; livestock rearing; landscaping; technological gardening; food processing and innovative gardening. “The execution of this event was quite an achievement since the last National competition of this nature to be undertaken by the 4-H, occurred some ten (10) years ago,” she added.

Overall first, second and third place cheque prizes (i.e. for the respective Primary and Secondary Schools’ 4-H Clubs) were disbursed to the tune of $6,000; $3,500 and $2,000 respectively with the winning recipients of the six (6) respective categories aforementioned, each receiving a total of $1,000.