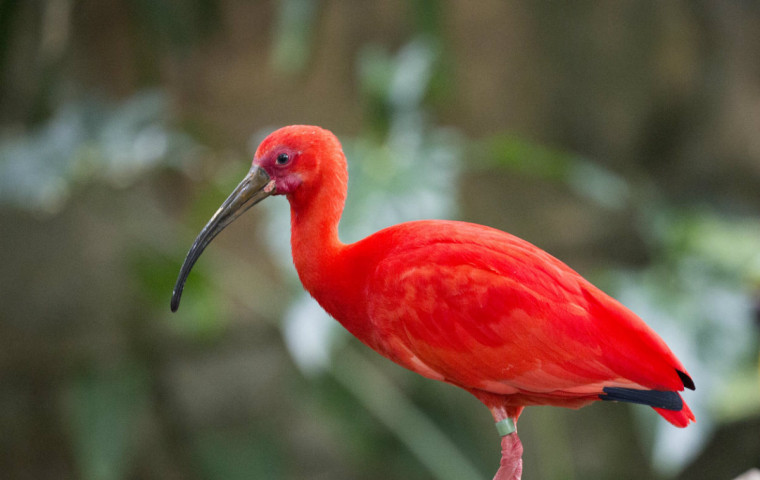 As of today, if you find and keep a feather of the Scarlet Ibis, be also prepared to find $100,000 to pay for breaking the law. Such was the warning of Senator the Honourable Clarence Rambharat, Minister of Agriculture, Land and Fisheries, as he addressed ‘would-be poachers’ during a Signing Ceremony for the Environmentally Sensitive Species (ESS) Designation of the Scarlet Ibis at the Visitors’ Centre of the Caroni Swamp on Thursday 26th July, 2018.

Also speaking at the Ceremony was the Honourable Camille Robinson-Regis, Minister of Planning and Development and the Chairman of the Environmental Management Authority (EMA), Ms. Nadra Nathai-Gyan.

Minister Rambharat said: “I keep mentioning to people that it is not just killing the Scarlet Ibis that will attract the fine, but, if you just interfere with the bird or are found in possession of the carcass of the bird in its entirety or any part thereof, the cost could be unaffordable. For instance, if you have five (5) feathers in your possession, then that will incur a $500,000 fine.” The Minister also revealed that while he “looks forward” to the first person who would have to pay the $100,000 fine for poaching one of the country’s National Bird, he had hoped that persons would “by their natural understanding and inclination”, adopt behaviours which were positive. He admitted that the reality is that we live in a country where people associated fines with corrective actions and behaviours. “I still find myself having to respond to claims that there are influential people in society who poach, buy and consume the Scarlet Ibis. All I can say to that is while we have not had any prosecutions to support these claims, it is a quite possible and something which ought to be paid close attention,” he added.

Under Section 41 of the Environmental Management Act, Chap. 35:05 and Rule 3 of the ESS Rules, the EMA is responsible for the designation of any species of living plant or animal requiring special protection as an ESS. Cognizant of the risks to the environment in the form of the ongoing threat against the National Bird, the EMA, at the request of Minister Rambharat in August 2017, commenced the process to declare the Scarlet Ibis an ESS, with the formal signing of the Legal Notice yesterday (Thursday 26th July, 2018), as a testament to the added protection afforded to one of our national treasures.

The Minister, in emphasizing the importance of being “clear and specific” when attempting to “prescribe behaviours” for protected areas, lauded the work of the Food and Agriculture Organisation of the United Nations (FAO) over the past three (3) years, in designing for Trinidad and Tobago, an appropriate management system to treat with these areas. He said: “What the FAO has done for us is to advise us on a modern system for the management of protected areas and for the designation of protected areas.” Minister Rambharat said too that according to the FAO, this attempt marked the fourth of “three previous attempts at this exercise” which had failed and was confident that this endeavour would yield a different result. “We are preparing ourselves to take the draft report to Cabinet and I believe that this Government has the political will and desire to make some of the fundamental changes that we must make,” he revealed.

Alluding also to the enforcement of the ESS designation to the Scarlet Ibis, the Minister stated that the law was clear and that he expected Game Wardens within the Ministry to adhere strictly to same. He said that by the same tenor, the responsibility for law enforcement was two-fold in that those charged with upholding the law must not be seen to be the very ones defying it. He said: “You cannot be in law enforcement if we ourselves are willing to be law breakers. The Caroni Bird Sanctuary has been one of those places where it is very difficult to differentiate between those who are here to uphold the law and those who are here to break the law. It is a renewed commitment by me as Minister – and I hope, the Conservator of Forests and other senior officers of the Forestry Division – to ensure that those who are breaking the law even in the Forestry Division, be made to face the consequences of doing that and once we do that, then the poachers will understand where we are now in relation to the law.” 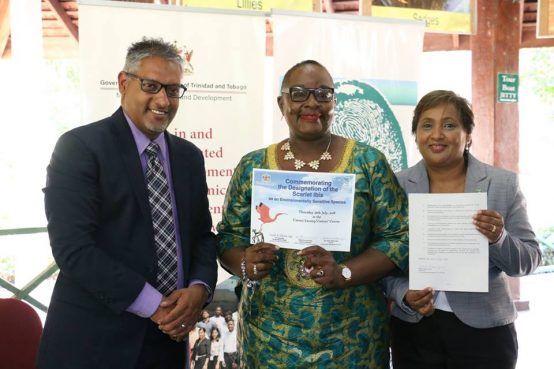 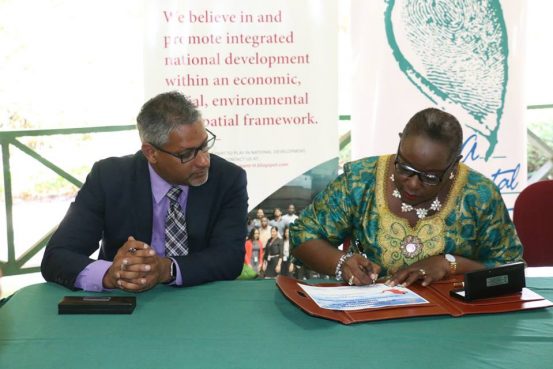