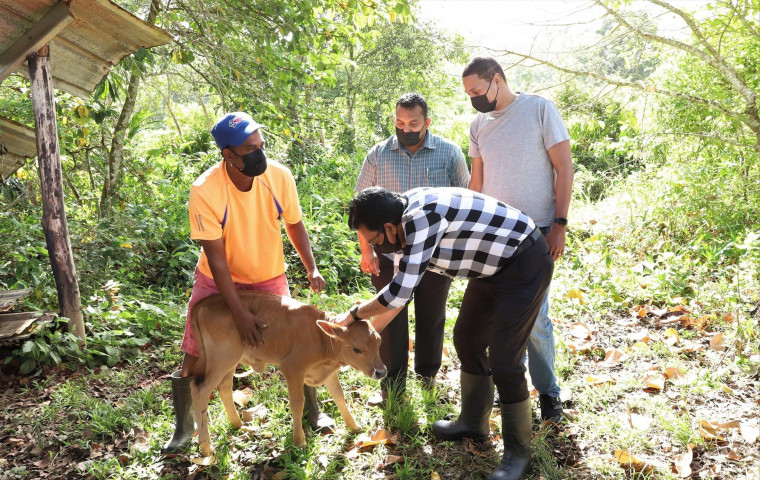 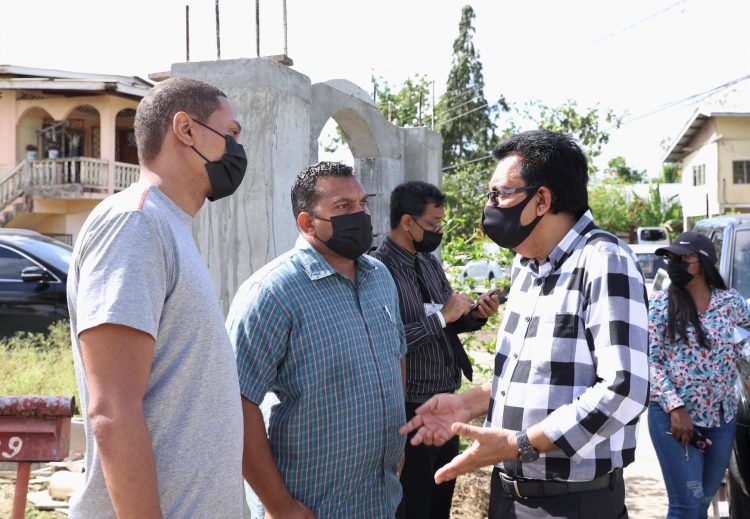 Minister Hosein said that the Agriculture Ministry has been very proactive in its response to the issue since the first case was identified on February, 16th 2022, and he also empathised with those affected farmers who would have lost animals, as a result of the rabies outbreak. He further reiterated the Ministry’s commitment to the exercise and said, it continues to work closely with all stakeholders to effectively manage the situation.

To date, the Ministry has recorded twenty-seven (27) livestock deaths in the community. These include twenty-five (25) cattle and two (2) sheep.

The Ministry of Agriculture, Land and Fisheries is currently conducting surveillance exercises in the area to identify sick animals (i.e. animals with signs of paralysis, in-coordination and / or excessive salivation) and those that are being attacked by vampire bats within the surrounding areas. Farmers are therefore strongly encouraged to report any incidence of sick animals to the nearest Animal Health Office or contact the Anti-Rabies Unit (ARU).

History of Rabies in Trinidad

Bat-transmitted rabies is endemic in Trinidad. However, since preventative measures are in place for the control of the bat population and protection of the animal population (i.e. rabies vaccination of livestock), cases in livestock have generally been few and sporadic since the 1930s. Only about 5 outbreaks have occurred over the last 50 years.