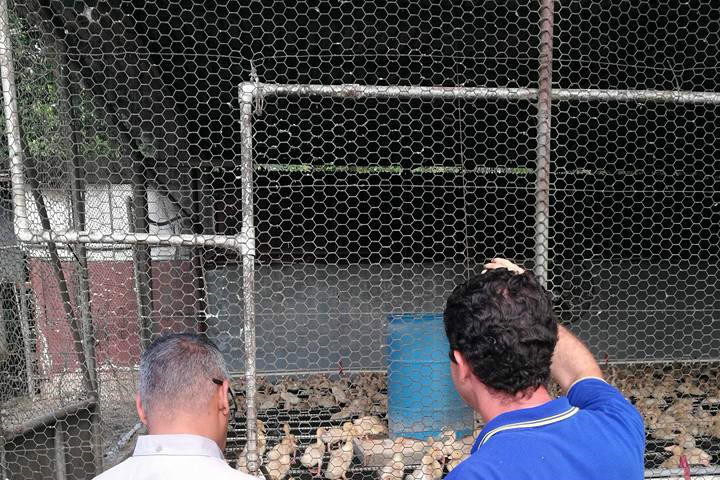 We want to expand the demand for duck in Trinidad and Tobago; and we want to provide a superior quality duck at an affordable price for the customer’ said duck farmer to the Agriculture Minister, Senator the Honourable Clarence Rambharat while on a tour of Central Farm on Monday 9th October, 2017.

Mr. Israel Dasent, owner of Central Farms, outlined future plans for his farming operations, which include the installation of a state of the art processing plant and hatchery, breeder flocks, along with plans to pursue an Artificial Insemination (AI) technique, and forage production, among others; with a view to making the company ‘more competitive, [and creating] increased employment and empowerment of our employees and [key stakeholders] in the agriculture sector’. The Farm is situated on nineteen acres of land, and makes the boast that they ‘are the largest producer of ducks in the Caribbean’.

Senator the Honourable Clarence Rambharat, Minister of Agriculture, Land and Fisheries started his work week with a tour of the operations at the Ministry’s La Reunion Cocoa Estate and ended it with a tour of Central Farms, located in Couva. The Minister used the opportunity to highlight the three core areas of focus on Agriculture in the recently read National Budget, namely ‘agro-processing; import substitution; and export’.

Mr. Dasent and his family have been farming for many years and he stated his hope for the sector, noting that he eagerly looks forward to the time when ‘it is easier for small farmers to get involved in agriculture, [particularly] duck farming’. His son, Jacob, said that ‘we believe that [Central Farms] is consistently evolving’.