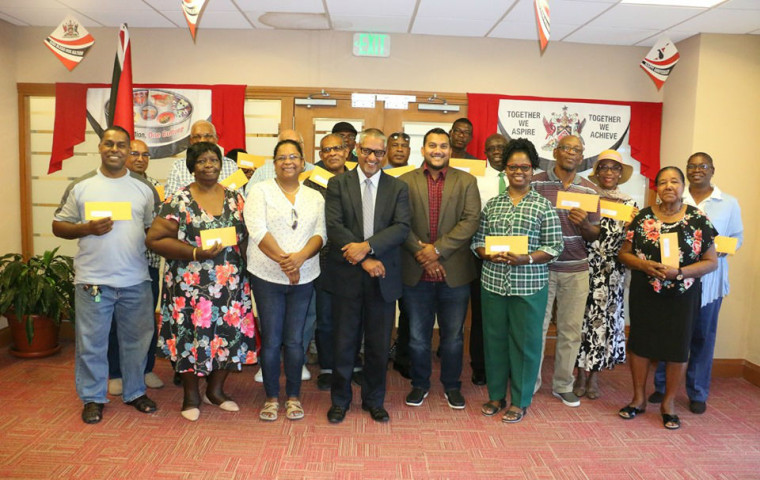 October 01, 2019:- Senator the Honourable Clarence Rambharat, Minister of Agriculture, Land and Fisheries says he will soon go to Cabinet in order “to propose some changes” to the State land legislation “to allow other entities in the country” – in addition to the Commissioner of State lands – to issue notices and enforce proceedings to have people removed from State lands. He was speaking at a Lease Letter Distribution Ceremony held on Tuesday 1st October, 2019, at the Ministry’s corporate headquarters in Chaguanas. Also present at this event was Senator Avinash Singh, Parliamentary Secretary in the Ministry of Agriculture, Land and Fisheries.

In addressing what he saw as “the further proliferation of squatting” in the country, Minister Rambharat said that there was a need for legislative reform so as to make more efficient, the processes involved in the effective administration of State lands. “What happens now is that only the COSL – under the law – can deal with State lands in terms of issuing a squatting notice and commencing proceedings to have someone removed from State lands. This is very bureaucratic and is concentrated in the hands of one office holder,” he said. The Minister added: “One of the agencies I would definitely like to see with that power is the Land Settlement Agency and maybe in the devolution of power to Corporations through the Local Government Reform, to also have Local Government Corporations with the power to deal with squatters – in their municipal boundaries – particularly on State lands.”

Minister Rambharat, in his distribution of Lease Letters to recipients earlier today, said that the letters – which convey Cabinet’s approval to grant standard agricultural and residential leases for an initial period of thirty (30) years – was necessary as it was “very difficult to make a financial commitment” in the absence of an actual deed or any formal notification of the approval of same. On this latter point, he noted: “When there is bad or dry weather, the farmers say to me that if they had their leases, they will be able to develop ponds, water storage and irrigation systems that are less reliant on water and in those instances where there is too much water, they say to me that they would have put in place, their own infrastructure and drainage as well as raise the low parts of their land, invest in protected agriculture and do things that will sustain them over the long term.” 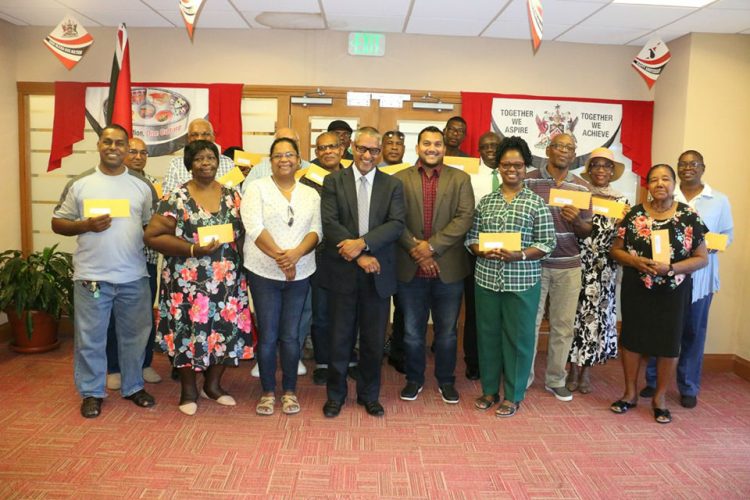 LLDC 1: Minister of Agriculture, Land and Fisheries, Senator the Honourable Clarence Rambharat is flanked by lease recipients at a ceremony to disburse letters conveying Cabinet approval for the preparation of standard agricultural and residential leases. The ceremony took place on Tuesday 1st October, 2019 at the Ministry’s corporate headquarters in Chaguanas. Standing beside Minister Rambharat is Senator Avinash Singh, Parliamentary Secretary in the Ministry of Agriculture, Land and Fisheries.