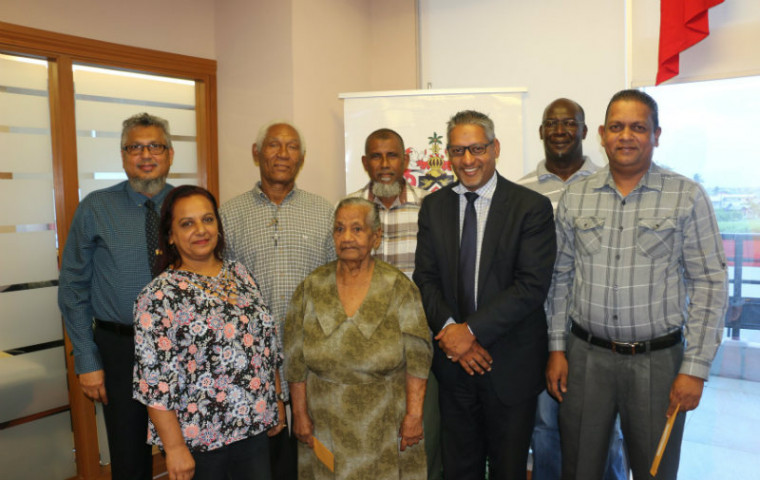 Senator the Honourable Clarence Rambharat, Minister of Agriculture, Land and Fisheries, says that in the granting of agricultural leases, special focus is being placed on those farmers who are in actual production.

The comments were made on Friday 28th September, 2018, during his Address at a ceremony held to distribute letters to farmers, conveying Cabinet approval for standard agricultural leases. The ceremony took place at the Chaguanas corporate headquarters of the Ministry of Agriculture, Land and Fisheries (MALF). Attending the event was the Permanent Secretary (MALF), Ms. Lydia Jacobs. 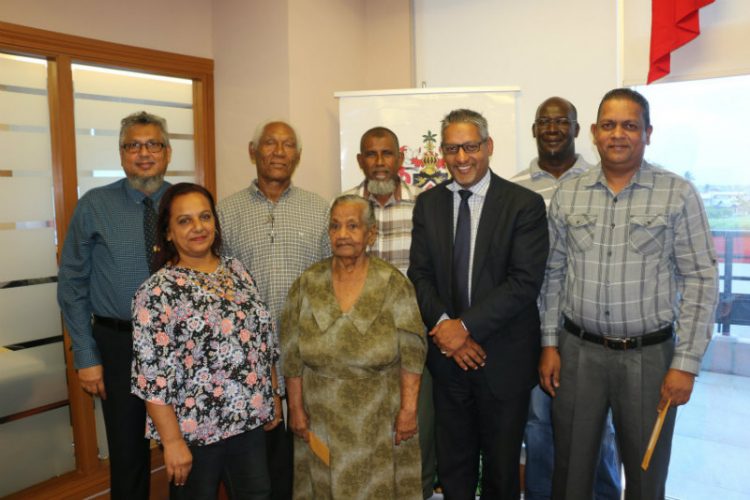 Minister of Agriculture, Land and Fisheries, Senator the Honourable Clarence Rambharat (third from right) is flanked by farmers following a ceremony held on Friday 28th September, 2018, to distribute letters to farmers, conveying Cabinet approval for standard agricultural leases. The ceremony took place at the Chaguanas corporate headquarters of the Ministry of Agriculture, Land and Fisheries (MALF).

In making his point, Minister Rambharat said that while it was impossible to simply choose a particular file from the inexhaustible list because there was a process to be followed, there was a need for intervention in instances where land files may have been “buried” unnecessarily to the detriment of producing farmers. He said: “Since we want to focus on people who are actually in production, where there are files buried somewhere in the system for farmers who are in production and doing transactions with the Agricultural Development Bank for instance, I would really like us to pull those out and find them. We also have land matters that have legal complications which we will need to resolve so that we can deal with those files.”

The Minister was also keen to note that while MALF’s Land Management Division has made considerable progress in providing land tenure for farmers, the lease acquisition process was incumbent on the dedicated output of several entities including the: Ministry’s County Offices; Commissioner of State Lands; Office of the Chief State Solicitor as well as Cabinet. “A lot of people have to work together in order to get this process done; starting with the County Office and ending with the Cabinet. [Last] weekend for example, the Deputy Commissioner of State Lands came out and dealt with some of these land issues so we would have made some more progress. This is one of the reasons why I asked persons to come out today and receive these letters from me because therein lies a decision from Cabinet,” he said.

Minister Rambharat accounted for the frustration of several farmers who – despite receiving Cabinet approval for agricultural leases since the 1990’s – were never in receipt of their leases because of poor administration, inordinate delays and other administrative errors which took far too long to be expedited and corrected. Such were among some of the discrepancies and omissions which he sought to address on the part of Cabinet via letter distribution exercises like these. He explained: “I am responsible for ensuring that you get your letter of offer from the Commissioner of State Lands, and that the necessary instructions go to the Chief State Solicitor. Of course you will not have a lease prepared unless you have either a survey plan that is usable or a new survey plan and we have to make sure that these things are done so that you will eventually get your lease, and not just a letter which says that we’re in the process of preparing said lease.”