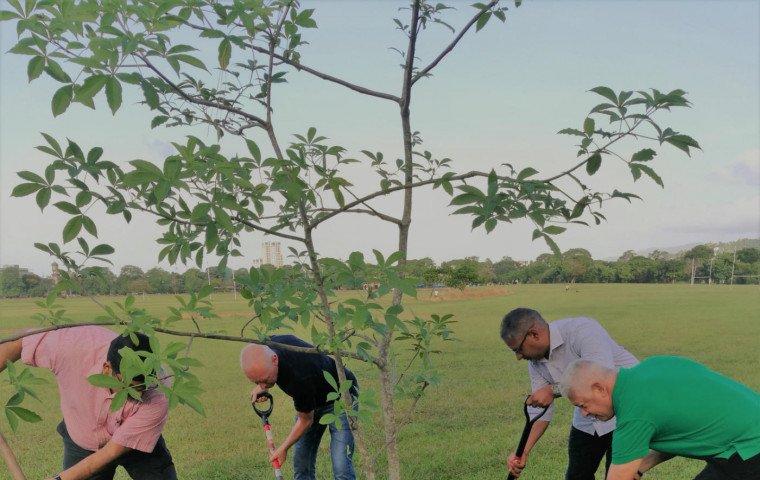 ‘Tree planting is an important investment – the value and rewards that [future generations] will see hundreds of years from now’ said Senator the Honourable Clarence Rambharat, Minister of Agriculture, Land and Fisheries at a Tree Planting at the Queen’s Park Savannah, Port of Spain.

The event included the planting of fifty (50) trees and the distribution of one hundred and fifty trees (150) – two hundred (200) plants that represent the 200th Anniversary. The Agriculture Minister planted a baobab tree, whilst the Mayor planted a palm tree; among the other trees planted were african tulip, oliviere, yellow and pink poui, blood wood, purple heart, king of flowers, caimite, golden showers, flambouyant, teak, saaman, bauhinia, balata, crappo, cassia multijuga and chennette.

The activity formed part of a series of events planned to celebrate the Savannah and to raise awareness of the significance of this green space.