Agriculture Minister: No to the construction of multiple houses on agricultural parcels 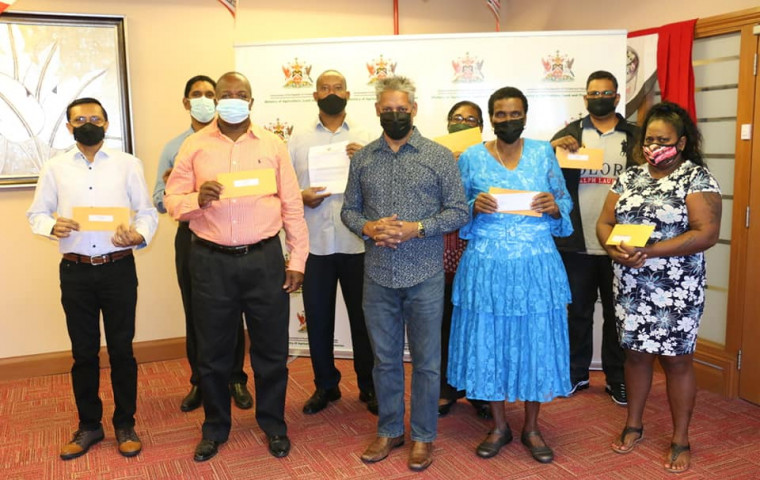 Agriculture Minister: No to the construction of

February 17, 2021:- The Minister of Agriculture, Land and Fisheries, Senator the Honourable Clarence Rambharat says that the Commissioner of State Lands (COSL) will reclaim agricultural lands where the construction of a second dwelling house on any one parcel, makes it impractical for the residual balance of land, to serve its intended purpose. He attributed these complexities as a major cause for the delay in execution of land files.

Minister Rambharat said, a decision was therefore made to treat the second house as a residential parcel, and indicated that he will ask Cabinet to approve a residential lease at a residential valuation. If the remaining land is sufficient for agriculture, the Ministry will then issue an agricultural lease, if it is not, the COSL will be asked to reclaim the land and put it into productive use.  “Nobody should be given the opportunity to breach the agricultural lease and build a second house and then retain the remaining land without having put it into agricultural production. You just cannot have the best of both worlds,” he added.

On the same note, the Minister also revealed that there was an instance where as many as six (6) houses, were constructed on one parcel of agricultural land, and signalled that while such an occurrence had been overlooked in the past; there was absolutely no way that an agricultural lease will be renewed with that many houses on it, under his tenure.

The Minister’s statements came as he addressed recipients at the Ministry’s Chaguanas Head Office yesterday (16.02.2021) at a Lease Letter Distribution Ceremony.  He also reiterated in his remarks that leases will not be executed unless a survey plan was completed, and reminded all parties of the need to be expedient and to treat with relevant queries in a timely manner so as to avoid unnecessary delays. He went on to further cite several reasons why this could happen, including numerous files with queries from the Chief State Solicitor (CSS) which have not been answered. This he said, was the primary cause for the inordinate delay of some ninety (90) percent of unresolved State Land matters at the Office of the CSS in 2015.

At the event, nine (9) lease letters (1 residential and 8 agricultural) were distributed by Minister Rambharat to recipients, each conveying Cabinet’s approval to grant them a State lease (for a fixed period of time and under particular covenants) and thus, enabling them to treat with these respective parcels in a legitimate manner. 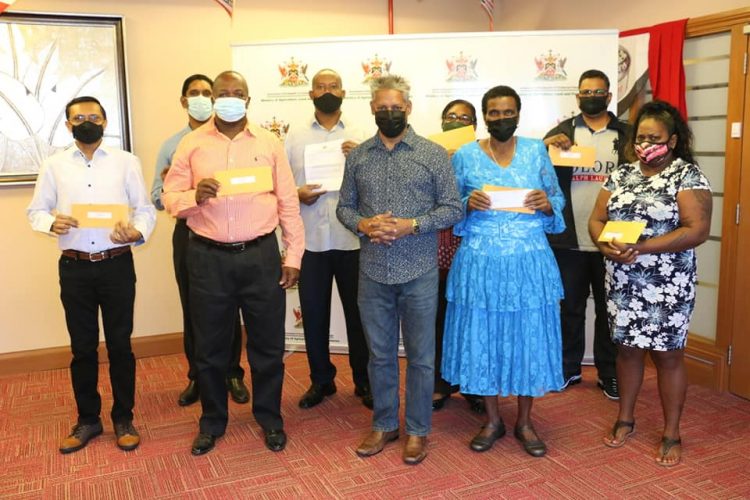