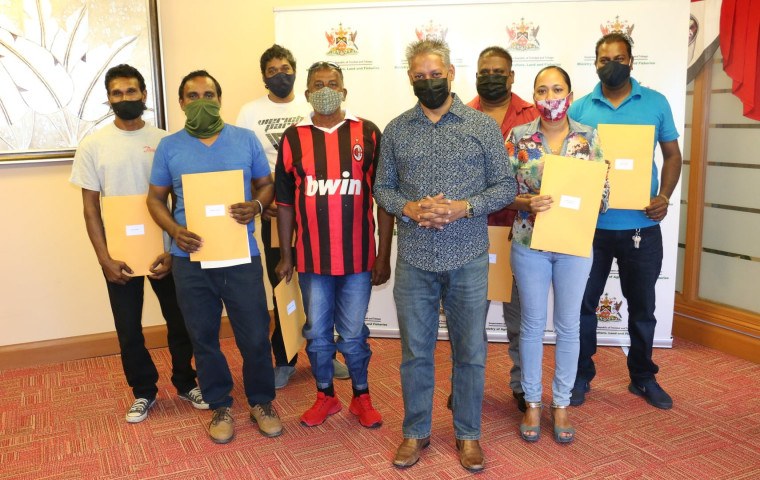 February 17, 2021:- In speaking at a Lease Distribution Ceremony at the MALF Head Office in Chaguanas yesterday (16.02.2021), Agriculture Minister, Senator the Honourable Clarence Rambharat said that there are instances where persons have been found illegally selling their Agricultural Parcels on more than one occasions and as such, these individuals are currently under investigation by the Fraud Squad. He sounded a warning to persons who are complicit, to stop and think before they engage.  This type of transaction, the Minister said, is only a “promise…which is nothing more than a comfort for a fool”. It gives the individual the false impression that when a deed does arrive, that it will be in their name, resulting in long term legal implications for both parties.

Another scenario, which the Minister alluded to, was that persons who bought these illegal agricultural parcels were under the illusion, that they will be transformed over time, into commercial or residential leases. He said that this notion is not tenable and again, it should be discouraged in all forms.

On the issue of the Caroni two (2) acre parcels of lands, the Honourable Minister said, that the land is divided into two categories (2) of over three thousand plots each, developed by both the Estate Management and Business Development Company Limited (EMBD) and the Commissioner of State Lands (COSL). He indicated that a recent report submitted to the cabinet showed that an average of only about sixteen (16) per cent of the plots were currently used for agricultural purposes. This, the Minister said is not acceptable, and has since instructed both the EMBD and the COSL to recover the parcels and terminate the leases of those persons who are not using the land for its intended purpose. These lands will then be redistributed, he said. The Minister continued, if such persons are unable to cultivate the land for whatever reason, the State would be very willing to facilitate the process in relieving them of their land and subsequently leasing it to persons who are worthy of cultivating it over time.

At yesterday’s event, nine (9) persons from the Jerningham Junction Area in Caroni received their agricultural leases. 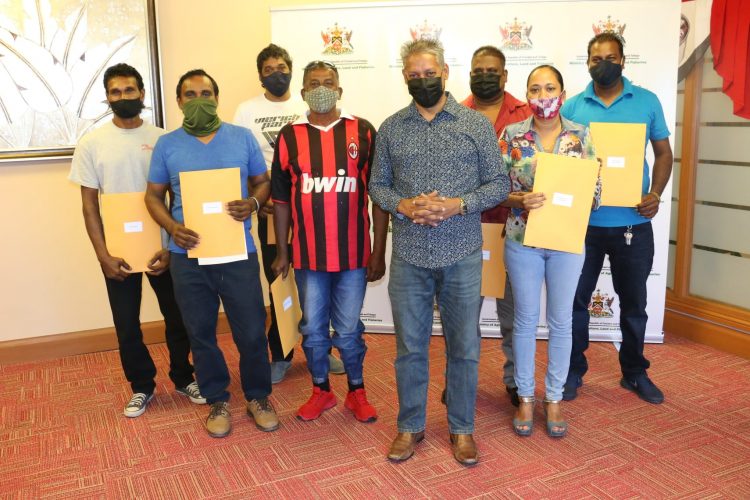 Minister of Agriculture, Land and Fisheries, Senator the Honourable Clarence Rambharat (centre), is flanked by lease recipients at his Ministry’s Head Office in Chaguanas on Tuesday 16th February, 2021, following a brief distribution ceremony.