Agriculture Minister aims to accelerate the pace of lease distributions in 2021! 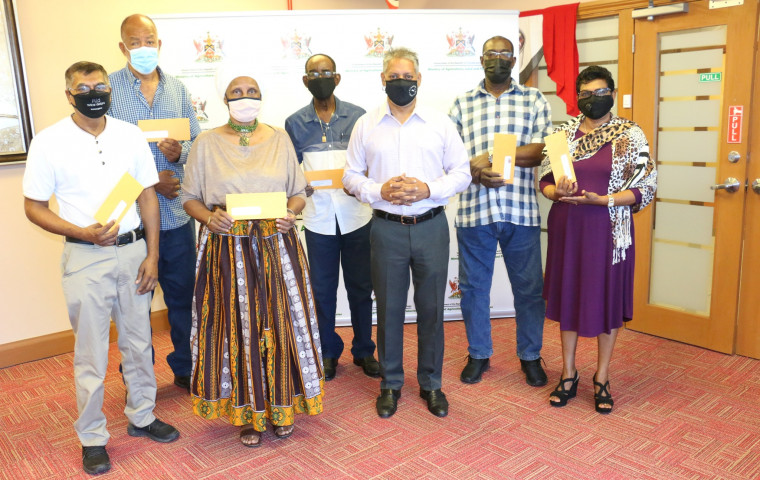 Agriculture Minister aims to accelerate the pace of lease distributions in 2021!

January, 06, 2021: The smallest error can make a big difference in the preparation of a State lease. Such was the view of Senator the Honourable Clarence Rambharat, Minister of Agriculture, Land and Fisheries, as he gave an account of some of the many challenges encountered when treating with land matters, particularly where salient changes and/or critical omissions have been inadvertently overlooked. He made this statement whilst addressing recipients at a Lease Letter Distribution Ceremony at his Ministry’s Chaguanas Head Office on Wednesday 6th January, 2021. Attending this event was a total of six (6) beneficiaries, each of whom received formal notification conveying Cabinet’s approval to grant them a State lease (either agricultural or residential) with fixed covenants, for tenured periods.

Minister Rambharat – who admittedly spent a considerable period of time addressing some of these lease amendments which, according to him, have had far reaching consequences – said that while some of these land issues were able to be resolved within a reasonable period of time due to early detection, there were those which were detected much later on and have not yet been rectified. To this end, he explained that many of those outstanding matters in the latter case, involved treating with errors of fact (spelling and acreage discrepancies, for instance) and those unpredictable changes in the life circumstances of the lease applicant such as death and failing health.

The Minister added that while he was desirous of accelerating the pace of the Ministry’s lease distribution in 2021, all lease letter recipients had a responsibility to meet those outstanding requirements in respect to their lease acquisition in a timely manner, so as to hasten what can otherwise be a very tedious process for all parties involved. He said: “The Commissioner of State Lands (COSL) is supposed to issue to you, a letter of offer and the most important thing with that is that the COSL will then ask you to select a surveyor and you will not believe how many years are lost in that process alone. So, when you get to that stage, please move very quickly. Do not make noise about you having to pay the surveyor because it is now Government Policy and the instructions that go to the Chief State Solicitor to prepare your lease, will not be given until an approved survey plan is available.” 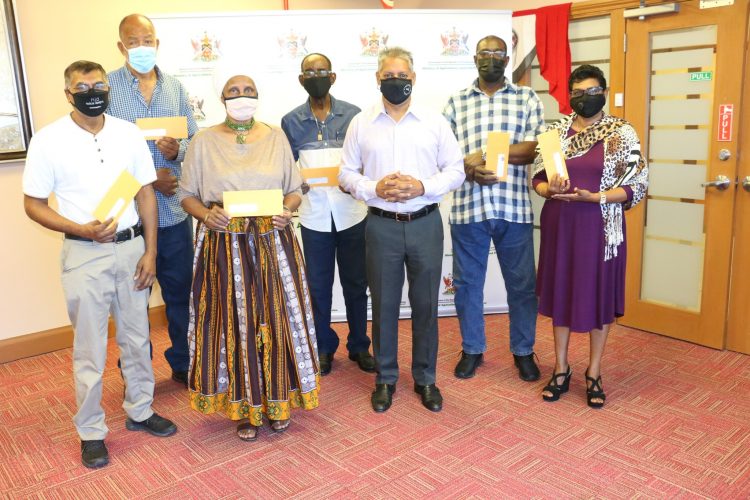