Agriculture Minister: Agro-Processing and Light Industrial Park, a Catalyst for the Development of the Rural Community 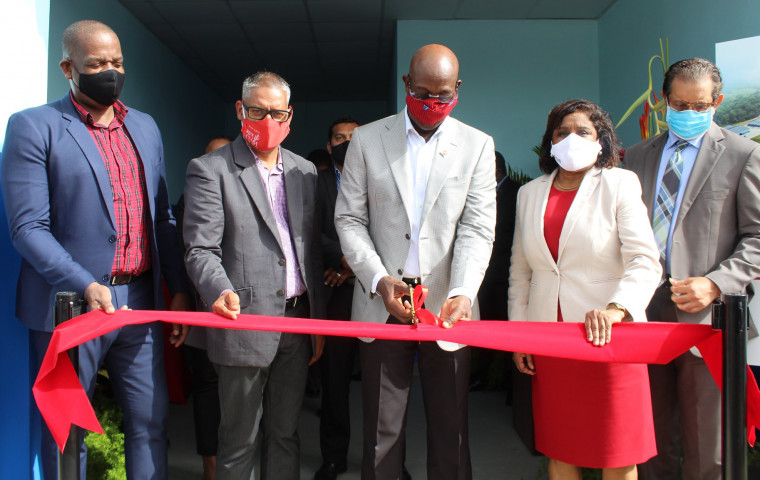 Agriculture Minister: Agro-Processing and Light Industrial Park, a Catalyst for the Development of the Rural Community

July 15, 2020:- In his Opening Remarks at the launch of the Moruga Agro-Processing and Light Industrial Park on Tuesday 14th July, 2020, Senator the Honourable Clarence Rambharat, Minister of Agriculture, Land and Fisheries, said that the facility can be a catalyst for the Socio-Economic Development of the Moruga Community.

The Minister added, that some of the challenges which residents of rural Trinidad and Tobago faced were mainly attributed to the geographical disparities in economic activity as compared to the urbanised communities. He expressed similar sentiments previously at the Sod-Turning Ceremony for the project in May 2018. On that occasion, Minister Rambharat lauded the State’s Investment in Moruga’s primary and secondary road infrastructure, which he said was imperative to the sustainable development of the agricultural sector, as transportation improved the connectivity / access between farmers and the communities they served.

The Moruga Agro- Processing and Light Industrial Park which spans over 18.83 acres (7.6187 hectares) was built at an investment of $90 million TTD and was an undertaking of both Evolving Tecknologies and Enterprise Development Company Limited (eTeck) and the Urban Development Corporation of Trinidad and Tobago (UDeCOTT) with a direct collaboration between the Ministry of Agriculture, Land and Fisheries and the Ministry of Trade and Industry. The facility offers leasable space for the growth and expansion of operations in the processing of primarily agro products and light manufacturing and is a key component of the National Development Strategy 2016-2030 (Vision 2030).

Also speaking at the event was Prime Minister, the Honourable Dr. Keith Rowley, who – in his Feature Address – said that the development of the Moruga Agro-Processing and Light Industrial Park is one of the three (3) major agricultural feats of his administration, in addition to the increased production of planting material and the efficient management of the State’s resources at the Aripo Livestock Station with a Public / Private Sector Partnership arrangement.

Senator the Honourable Paula Gopee-Scoon, Minister of Trade and Industry and eTeck Chairman, Mr. Imtiaz Ahamad, also addressed the invited guests. Also in attendance were the Member of Parliament for Moruga / Tableland and Minister in the Ministry of Education, Dr. the Honourable Lovell Francis; Parliamentary Secretary in the Ministry of Agriculture, Land and Fisheries, Senator Avinash Singh as well as Farmers and Farming Associations from the Moruga / Tableland Community . 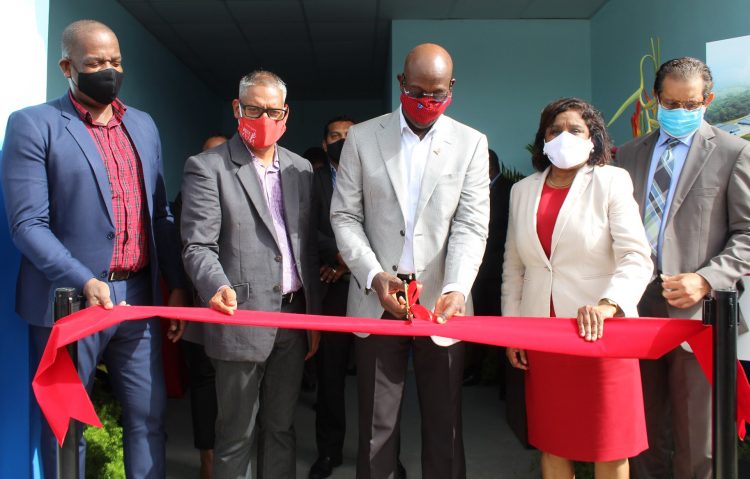 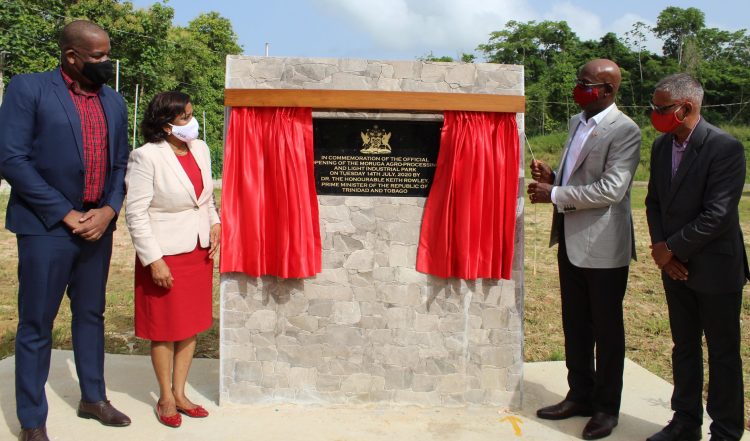 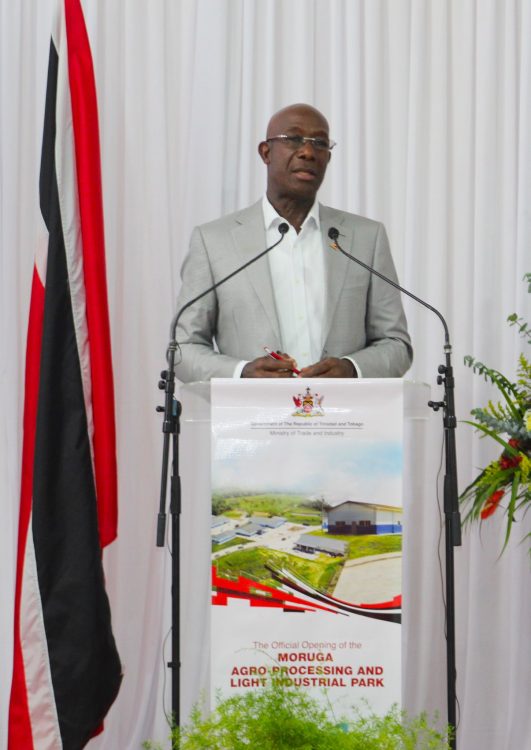 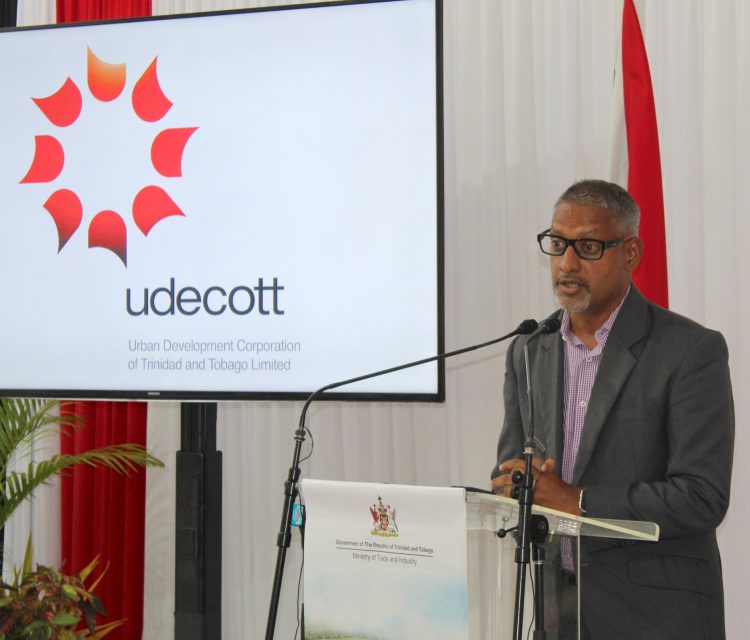 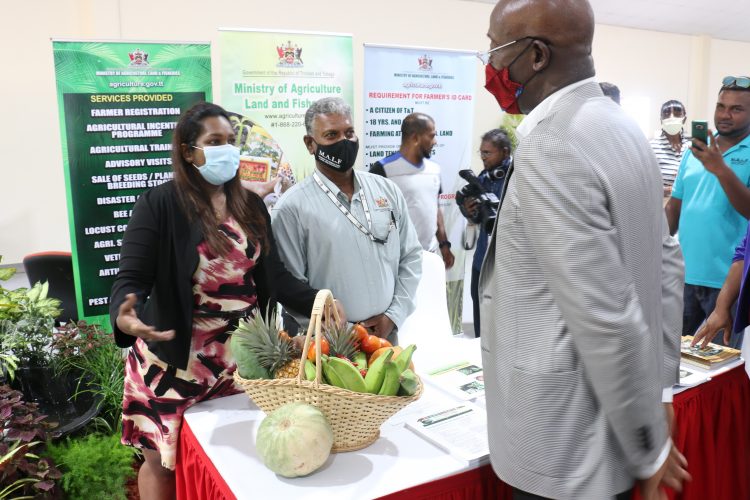