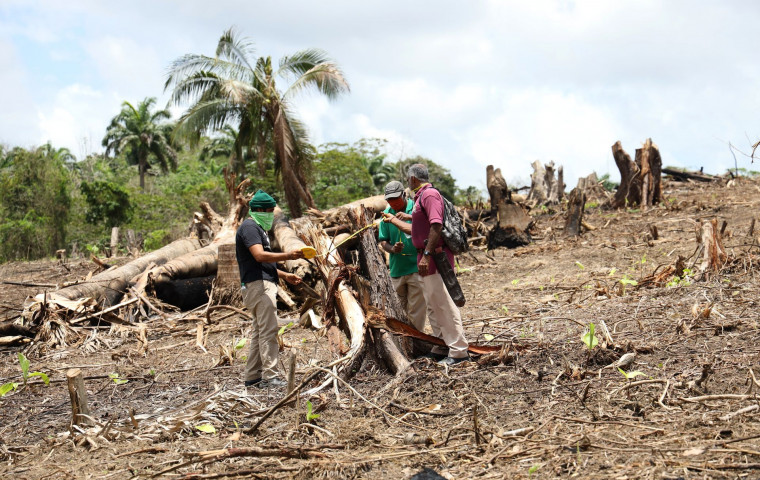 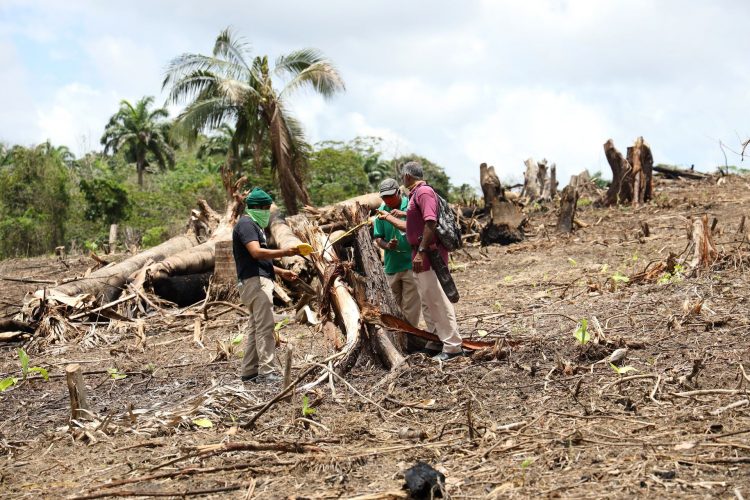 T&T’s forests are being bulldozed by unscrupulous quarry operators, miners, slash-and-burn farmers, and squatters and the State seems powerless to stop it.

With the Forestry Division severely understaffed, deforestation has now reached crisis levels and had escalated even more since the lockdown of COVID-19.

Many foresters are afraid to stand up against the armed criminals who chop down the valuable forests for wood, fertile soil or various types of quarried material.

During an interview with Guardian Media, Conservator of Forests Denny Dipchansingh revealed that the Public Service Commission needs to fill over sixty vacancies of Foresters and approximately 40 game wardens.

“More staff obviously will have increased manpower to curb these illicit activities. However, the present staff must be commended for their efforts,” Dipchansingh said.

As public officers, he said foresters are bounded by an 8 am to 4.15 pm workday and they are not entitled to overtime nor additional allowances.

He also said there has been an increase in deforestation.

Earlier this month when forestry officers returned to work after the COVID-19 lockdown, they discovered that 25 hectares of the Ecclesville Windbelt Reserve in Rio Claro were ploughed down by rogue farmers to plant crops.

Dipchansingh explained that the wind belt reserve in Rio Claro, which comprises a total of 515 hectares, was designated to protect surrounding communities against storms and hurricanes. Over the years, however, approximately 150 hectares have been bulldozed by illegal farmers.

There has also been the destruction of 300 hectares of forests reserve in Tableland within recent times.

Asked what is being done to curb the rampant increase in deforestation, Dipchansingh said, “We have increased patrols outside of the normal working hours to prevent further encroachment and have gotten assistance from the TTPS on patrols. We would be liaising with the Land Management Division and a more vigorous approach will be implemented with the Commissioner of State Lands to evict these illegal squatters.”

With regard to encroachment by farmers on the nation’s forests, Dipchansingh said they have started educating farmers on the dangers of cutting down the forest’s trees.

“A plan of action will be implemented using a participatory approach with the farmers, with respect to enforcement and education,” he added.

Saying there were 36 forest reserves in T&T with a total area of 119,056.82 hectares, Dipchansingh said, “By standard international criteria, T&T has about 48 per cent forest cover.”

However, he said several areas islandwide have been destroyed based on post-independence comparisons of forest cover maps.

He said the Forestry Division focuses its efforts on the protection of the Forest Reserves.

“It should be noted that not all the areas are totally cleared of forest cover as secondary forests have grown over abandoned squatted lands and Forestry Division has replanted some of these areas over the years. Our work programme entails replanting at least 100 hectares per year,” he added.

He noted that forest officers had no authority to evict illegal squatters.

“Forest officers are empowered under the Forests, Sawmills and Conservation of Wildlife Acts. The Conservator of Forests does not have the authority to evict illegal occupants or squatters. Presently this Authority lies only with the Commissioner of State Lands,” he said.

He added, “ Our charges relate only to the above-stated Acts and offenders in these cases can only be charged for illegally cutting trees. Over the years several individuals have been fined varying $5000 -$25000 for illegal cutting.  In the most recent case, an individual was bought before the Courts for illegally cutting in the Matura Forest Reserve and was given a one year bond to keep the peace.”

Kristopher Rattansingh, chairman of the Wildlife and Environmental Protection of Trinidad and Tobago (WEPTT)  earlier this month appealed to the authorities to equip the Forestry Division with the necessary resources to save the forests and wildlife.

Based on a report published by mongabay.com, T&T has some 678 known species of amphibians, birds, mammals and reptiles according to figures from the World Conservation Monitoring Centre. Of these, 2.2 per cent are endemic, meaning they exist in no other country, and 2.5 per cent are threatened. T&T is home to at least 2259 species of vascular plants, of which 10.4 per cent are endemic.

The various forest land classification in T&T are: