Relief for land recipient after a sixty one (61)-year wait 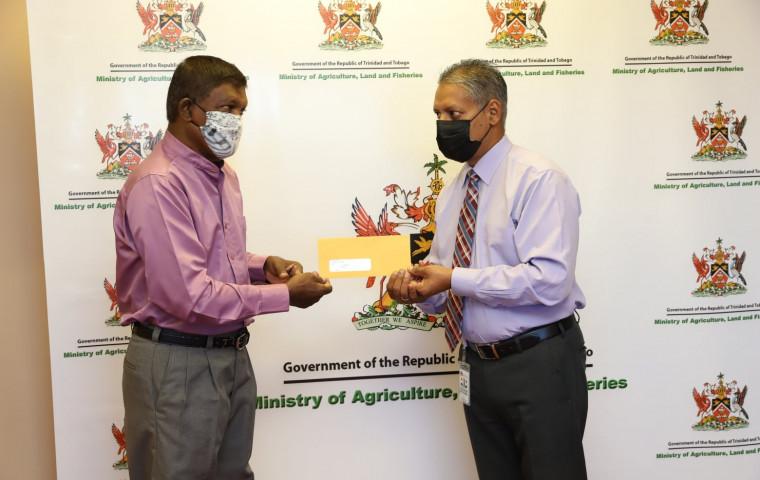 Relief for land recipient after a sixty one (61)-year wait

March 24, 2021:- Gobin Kantasingh expressed tremendous gratitude and a sense of relief this morning as he received his lease letter from the Agriculture Minister, Senator the Honourable Clarence Rambharat at an event which took on Tuesday 23rd March, 2021, at the Ministry’s Head Office in Chaguanas.

Mr. Kantasingh said that in 1959, he submitted his application for an agricultural parcel and over the years, it became frustrating, as “nothing seemed to be happening” but he never gave up hope. Today he said, is a great day and thanked God for life which enabled him to see the journey to the end. He also thanked the Honourable Minister and the Ministry for their efforts and added that he “really thought the Ministry had forgotten” about his file.

In his remarks, Minister Rambharat said that Mr. Kantasingh’s example is one of the many backdated files which the Ministry has been actively processing over the years and was elated that the process came to a conclusion despite the many internal setbacks. He added that some of these land files are very old and each of the documents within them are very important in the overall exercise. In this regard, there have been several challenges in its execution but the Ministry is on a path to treat with these issues.

The Minister also cited, that the Agriculture Ministry’s ongoing exercise with respect to the digitization of the land files is progressing at a satisfactory rate. The target of files to be digitized is about 19, 919 and up to this point, there have been over 10,000 files completed. The system when fully operationalized will allow for greater security and accessibility to authorized persons, he said.

The Minister further stated that he is currently working on a residential exercise which involves about 2,500 families – 1,000 at Dundonald Hill in Long Circular, 1,300 at Badase Land in Chaguanas, 230 at Mission Lands in Arima and approximately 80 in an area known as the Old Brick Factory in Rio Claro. He said that it was equally important that this initiative was mentioned because the Ministry has been doing a lot for both farmers and residential lessees and is something which needed to be highlighted.

At yesterday’s lease letter distribution event, eleven (11) persons received their letters from the Agriculture Ministry. This will now enable them to engage public agencies and institutions to conduct business in respect of their agricultural and residential parcels, respectively. 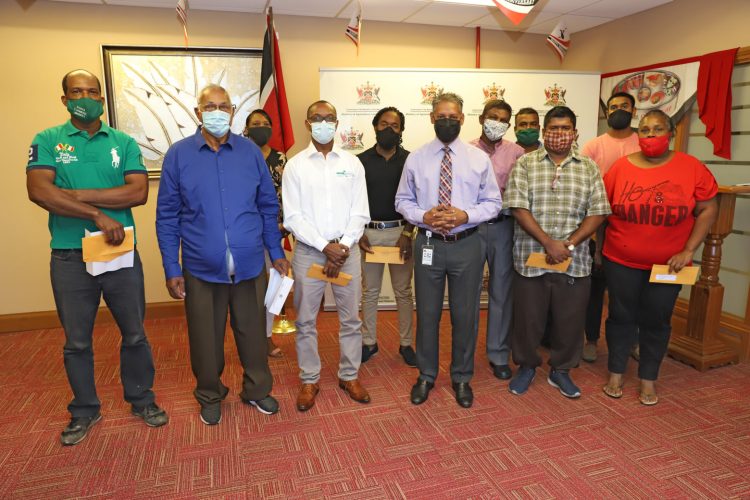 Senator the Honourable Clarence Rambharat, Minister of Agriculture, Land and Fisheries (centre), is flanked by agricultural and residential lease letter recipients at a Distribution Ceremony which took place on Tuesday 23rd March, 2021, at the Agriculture Ministry’s Head Office in Chaguanas. 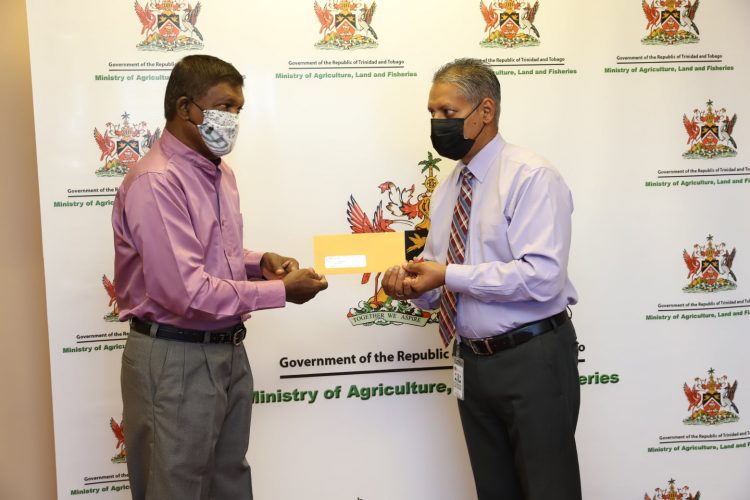