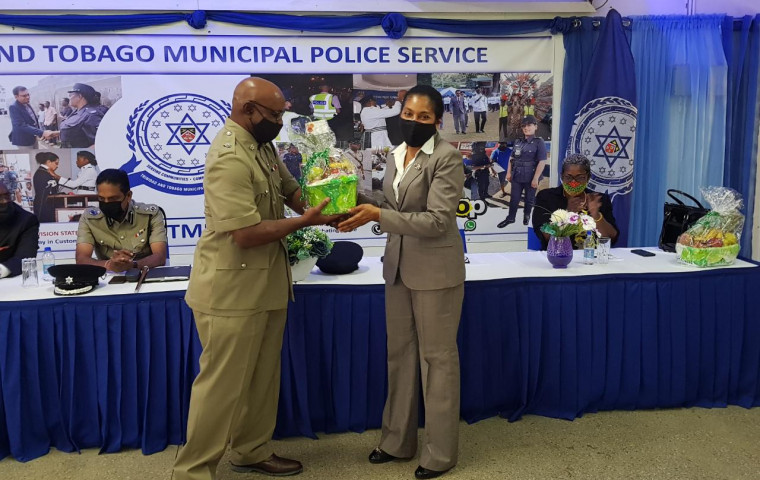 The Ministry of Agriculture, Land and Fisheries (MALF), recently appointed Mr. Murchinson Alexis and Mr. Brian Bruce to the positions of Superintendent and Assistant Superintendent of the Praedial Larceny Squad (PLS), respectively.

About the PLS Management Team

Superintendent Alexis joined the PLS as Assistant Superintendent in 2015. Prior to that, he spent most of his professional life as a Police Officer, teaching and training at the Police Academy. Additionally, he has over eighteen (18) years of experience in the areas of Traffic Laws, Customer Service, Ethics, Policing for the People and Police Duties. Superintendent Alexis is the holder of a Bachelor’s Degree in Business Management, a Post Graduate Certificate in Business Management (with specialization in Strategic Planning) and an Associate’s Degree in Management for the Protective Services.

Superintendent Alexis is also a Minister of the Church of Christ at Curepe, a marriage counselor and has a special love for family life. His strong leadership attributes and overwhelming success in the implementation of numerous strategic programmes at various institutions over the years would no doubt add value and bring the nexus required for the effective functioning of the PLS.

A foundation member of the PLS since its inception seven (7) years ago, Assistant Superintendent Bruce previously held the position of Inspector for the South/Central region. Prior to that, he served as a member of the Trinidad and Tobago Police Service for some thirty-two (32) years, where he was elevated to the rank of Inspector (Ag.), Stolen Vehicles Squad. Assistant Superintendent Bruce also spent twenty-three (23) years of his tenure in the Criminal Investigations Department (CID) where he operated in most of the crime fighting units such as the Anti-Kidnapping Unit; Firearm Interdiction Unit and the Special Investigations Unit with the New Scotland Yard of England.

Mr. Bruce has a Bachelor’s Degree in Business Administration and is currently pursuing a Master’s Degree in Criminology and Criminal Justice.

In speaking at an Inauguration Ceremony for both officers on Friday 9th April, 2021 at the Municipal Police Academy in Gopaul Lands, Marabella, Superintendent Alexis said that while he was cognizant of the fact that he was assuming office during a period of economic constraint, there was need for “innovation and vision”. He noted too that there was need for the “pooling of both physical resources and expertise ”, in order for the PLS to function optimally. In his address to representatives from MALF, the law enforcement fraternity and farming community, Superintendent Alexis added: “Members of the farming community – some of whom are present today – have great expectations of us and we are therefore committed to strive for excellence as we perform in our new positions to meet and exceed those expectations. Further, having regard to the many challenges that lie ahead, it is therefore incumbent on us all to take on a collaborative approach, if we are to sustainably achieve our objectives.” 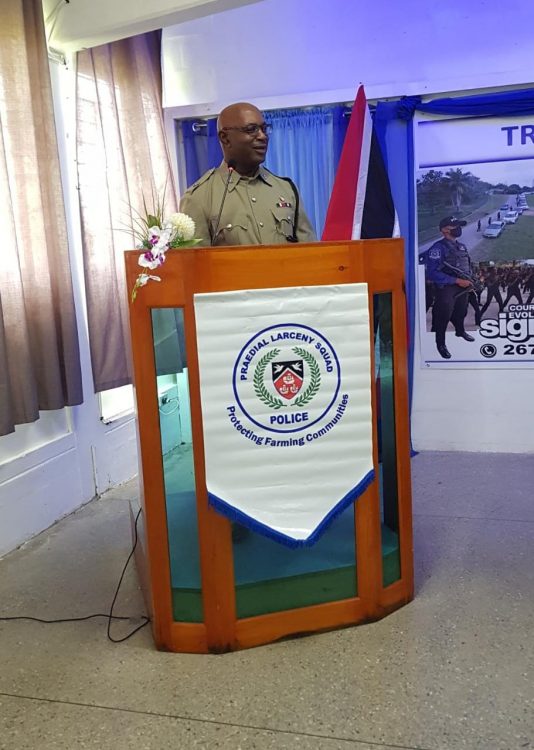 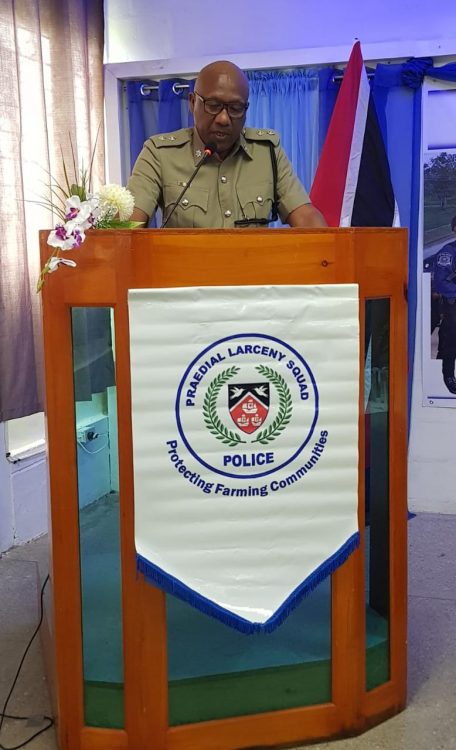