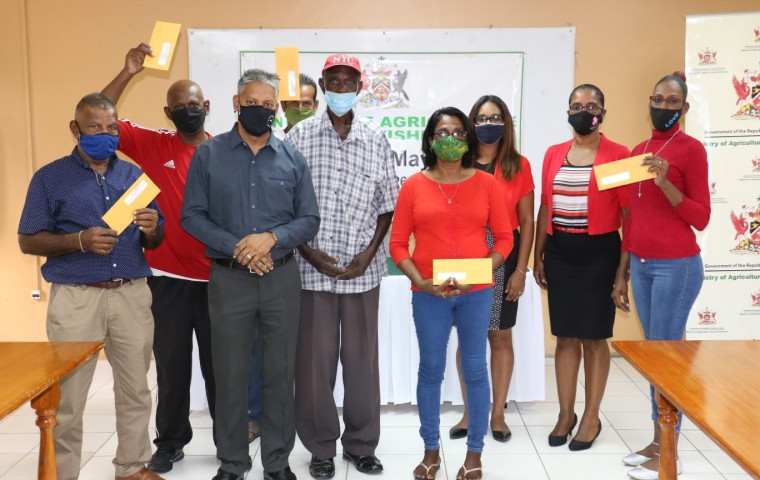 November 25, 2020:- State leases are being expedited “far quicker” than they were five (5) years ago. Such was the assurance of Senator the Honourable, Clarence Rambharat, Minister of Agriculture, Land and Fisheries, as he addressed recipients at a Lease Letter Distribution Ceremony on Tuesday 24th November, 2020, at the Ministry’s Rio Claro Demonstration Station in Ecclesville, where Lease Letters were distributed to five (5) farmers.

Explaining the different stages in acquiring a State Lease following the receipt of a Lease Letter, the Minister noted that while there was still some way to go for the final preparation of the lease, the overall time lines had been significantly shortened. He further added, that the process was moving far quicker than it was five (5) years ago when he was first appointed. The Minister said that he was very pleased by the overall strides made and still continues to ask the Director of Surveys, the Commissioner of State Lands and the Chief State Solicitor, to move as quickly as possible, with these files, so as to ensure expediency by the Agriculture Ministry which conducts the business on behalf of its farmers.

Minister Rambharat also underscored the State’s responsibility and commitment to enforce its land covenants. On this note, he urged all agricultural lease recipients to maintain their requisite cultivation levels and operate within their legal perimeters, when it came to the construction of building structures on these parcels. 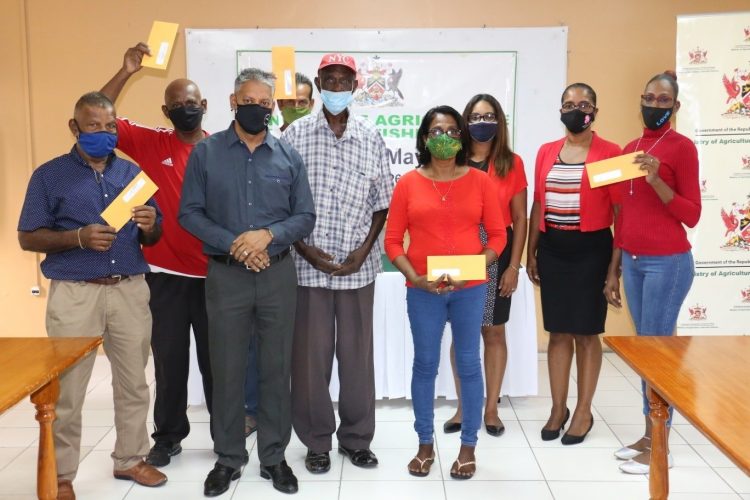