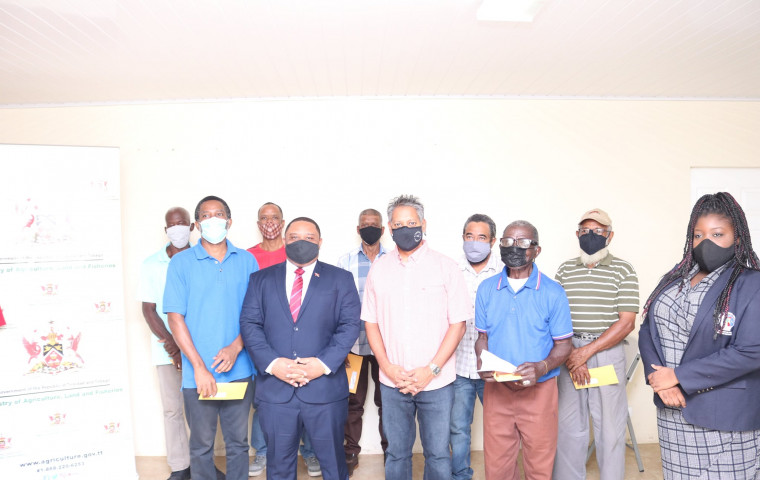 November 20, 2020:- In the lease letter distribution ceremony held earlier today at the EL Reposo Demonstration Station in Sangre Grande, Agriculture Minister Clarence Rambharat said that the Ministry views this event as important, as persons are able to see that the process is ongoing, as it also gives the opportunity to others to come forward in order to have their own matters addressed.

In delivering his remarks to the audience which included the Member of Parliament (MP) for Toco/Sangre Grande, Mr. Roger Munroe and Councillor in the Sangre Grande Regional Corporation for the district of Valencia West, Mrs- Simone-Gill Joseph, Minister Rambharat said, it was also equally important for both Member of Parliament and Councillors to work closely with their constituents to ensure that their concerns are addressed in a timely manner, and that the Agriculture Ministry will always be there to facilitate them when needed. He added, the Toco/Sangre Grade area consist about 500 farming blocks and the Ministry is in the process of regularizing land tenures for several areas including, Brooklyn Settlement and Allandale.

He congratulated all recipients on their achievements and said that farming is hard work and it is something which requires continuous investment but persons are becoming more appreciative of the work of a farmer.

Minister Rambharat also used the opportunity to remind persons that no one has the authority to give any lease of land for forest reserve until that land is de-reserved, and said that significant attention should be paid to this issue.

In his address, MP for Toco/Sangre Grande, Roger Munroe said, that the Land Tenure System will assist our cultivators to establish rights of ownership of land by farmers and will provide a more secure and permanent system, which is very much important for the development of agriculture in the country.

Reflecting on quotation from George Washington the MP also said, “Agriculture is the most healthful, most useful, and most noble employment of man”.

At today’s event Lease Letters were distributed to a total of nine (9) persons. 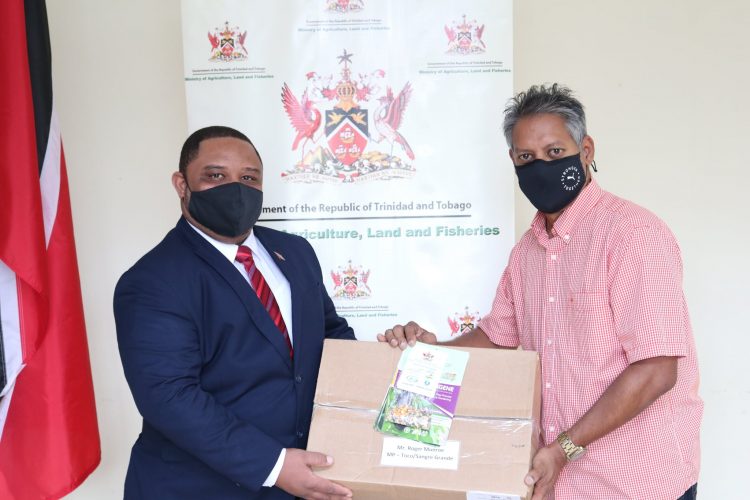 From Senator to M.P. – Minister of Agriculture, Land and Fisheries, Senator the Honourable Clarence Rambharat (right), hands over a box of seed packages to the Member of Parliament for Toco/Sangre Grande, Mr. Roger Munroe (left), following a Lease Letter Distribution Ceremony at the Ministry’s EL Reposo Demonstration Station in Sangre Grande on Friday 20th November, 2020.