Minister in the Ministry of Agriculture, Land and Fisheries, Senator Avinash G. Singh 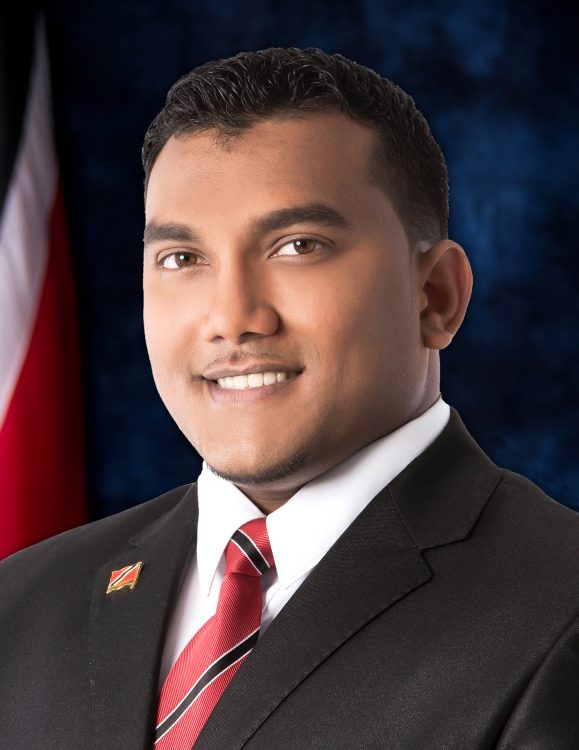 Minister in the Ministry of Agriculture, Land and Fisheries – Senator the Honourable Avinash Singh

Senator the Honourable Avinash G. Singh has a mission to succeed in an environment of growth and excellence while undertaking challenging assignments and responsibilities which provides him with job satisfaction and self-development.

Appointed an Opposition Senator in the Parliament of the Republic of Trinidad and Tobago. (2013-2015), he served as Parliamentary Secretary in the Ministry of Agriculture, Land, and Fisheries from September 2015- August 2020. Senator Singh was subsequently appointed as a Minister in the Agriculture Ministry on August 19th, 2020.

A graduate of the University of the West Indies, with a Major in Agricultural Science and Minor in Environmental & Natural Resource Management, Senator Singh was awarded a Trophy for Excellence in Youth in Agriculture by the Agricultural Society of Trinidad and Tobago.

The innate appeal of agriculture saw him completing the Youth Apprenticeship Certificate Program in Agriculture (Y.A.P.A) of the Ministry of Agriculture, Land & Marine Resources’ Certificate in 2007.  He worked in the field as an Agricultural Consultant in 2012 and a Customer Service Representative in 2013.

A true champion of the people, he serves as a Voluntary Tutor for special students, Sixth Form Association Services at Carapichaima Junior Secondary; as the Trustee at the Heliconia Foundation for Young Professionals, Past Secretary and Past Vice President of the Felicity Farmers Association, Past Public Relations Officer of the Shree Krishen Mandir, and a member of the Felicity North Sports and Cultural Group

He is married to Ria Ragoo.